Coming out as Bipartisan.

The Liberal party is living through an identity crisis. Trudeau has articulated the Liberals as a a second conservative party in Canada. Poverty is missing in their platform and talking points; their tax plan won't help you unless you're making ~45 grand a year; they want to ship Canadian jobs out of the country via raw bitumen export from the tar sands, and most egregiously, they supported bill C-51, eroding Canadian civil liberties for optics that read as tough on crime and terrorism. Meanwhile, the personal characteristics of Liberal candidates range from legitimately progressive all the way to socially conservative. The Liberal party is held together by nothing more than a desire to win. 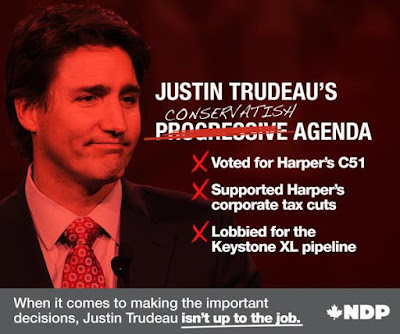 All voting is strategic.

I have my own vision for Canada, and I encourage you to dream yours too. The choice to vote at all is "strategic"; you have to believe that your vote makes society better in at least some small way to drag yourself to a voting booth. (It does; please vote.) We vote in a broken electoral model, so least-of-evils voting and vote splitting are unfortunate realities of Canadian politics, but votes do more than elect winners and shut out losers. Look at your ballot and ask how it can move Canada from where we are to where you think we should be. Beyond electoral units, votes start dialogue and measure satisfaction with status quo politics.

Surprise to no one, my dream for Canada is closer to Green than NDP policy, but neither are a perfect fit. Both parties have strong commitments to social and environmental justice, but I'm drawn to the sense of urgency Green policy enshrines.

Elizabeth May is championing a number of principled innovative policies like basic income, national pharmacare, and a staunch commitment to environmental stewardship. Every Green vote is a vote a more mainstream party didn't get. The bigger the threat of the Greens become, the more seriously their policy proposals have to be taken. Every Green vote makes Canadian politics Greener, with or without electing MPs. 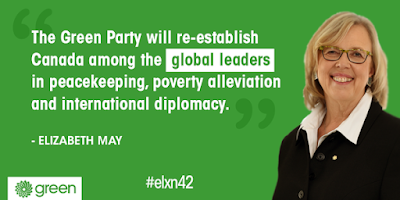 Not all votes are cast equally.

In Canada, we elect parliamentarians, not parties. This system has two important implications for voting. Foremost, local candidates matter. Second, post-electoral cooperation is a reasonable demand on our MPs. The Greens have announced their willingness to support a governing party (read: the NDP) in a minority parliament under four conditions. This willingness to cooperate advances the narrative that voting Green is a legitimate strategy to oust Stephen Harper, at least in the context of the few ridings where the Greens are competitive.

Local candidates matter. I can't overstate this fact. There are NDP candidates who deserve Green votes. The Toronto ridings that pit star New Democrats against incumbent Liberals are the best example. Jennifer Hollett and Linda McQuaig are in tight races, and every Green vote in their ridings helps elect Liberals. 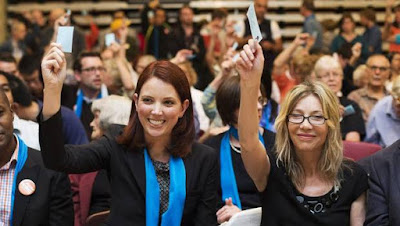 New Brunswick's three urban ridings offer a diverse range of possibilities. Without hesitation, I support the NDP in Saint John-Rothesay, where AJ Griffin is polling above the incumbent Conservative, and Moncton-Riverview-Dieppe, which looks to be a three-way dog fight. Fredericton is a bit of an anomaly. The election of David Coon, MLA for Fredericton South and Leader of Green Party of New Brunswick, and the exceptional candidacy of (Dr.) Mary-Lou Babineau mean the riding could be a four-way race, depending on who can mobilize voters most effectively. The prospect of an Atlantic Canadian Green MP is an opportunity I wouldn't pass up, if I could vote in Fredericton. 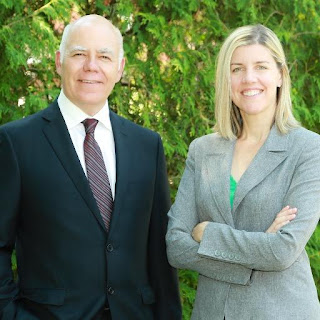 To take a page from a favourite MP, Niki Ashton, Canada needs new politics. For me, new politics mean less Conservatives and Liberals and more New Democrats and Greens. New politics mean we reach consensus on the problems and priorities of the country, but respectfully disagree on the details of solving them. 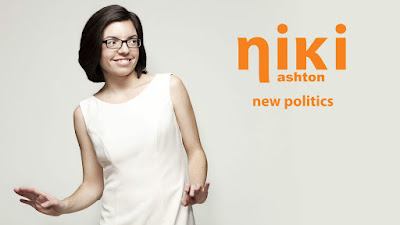 "Respectfully" is italicized because the partisan attacks between the NDP & Greens on social media are petty and destructive. The real enemies of progressive policy are the parties who've had their turns governing and led us into recession, scandal, environmental degradation, and the erosion of public service and civil rights.

I've got two horses in this race.