August 19, 2016
Calls to ban uniformed police officers from queer pride parades are the most divisive actions progressives have seen in a generation. While I’m well versed in politics of epistemic colonialism and white supremacy, the average Canadian is not. I understand the desire activists have to problematize policing practices, but I question the strategic value of this particular demand.

Say they “win” and all uniformed police are banned from pride parades coast to coast. So what? Now what? Did the lives of racialized, indigenous, and otherwise disadvantaged people tangibly improve?

Prioritizing the demand of police exclusion is choosing symbolic victory over measurable improvements in quality of life. Police exclusion from pride parades gets us no closer to living wages, basic income, national pharmacare, prison abolition, or less problematic enforcement of the rule of law.

The stinging problem is that activists are ceding the discourse of common sense to right-leaning punditry. Their critics need only mutter a single phrase to derail all the great work they’ve achieved: “unrepresentative radicalized minority of Canadians”. With five words, all their work is written off as dismissable impractical ideology.

We live in Canada. The Royal Canadian Mounted Police are an iconic internationally recognized institution. Only months ago in Moncton, New Brunswick, we commemorated the second anniversary of three Mounties slain in the line of duty in bronze. We also boast significantly less gun violence than our neighbours to the south.

It would be naive to describe the tension calling for police exclusion from pride parades as anything other than a spin war. With deadly terror attacks becoming regular occurrences in our news cycles, police forces will not lose in the Canadian court of public opinion.

As Tyrion Lannister said, “We make peace with our enemies, not with our friends.” 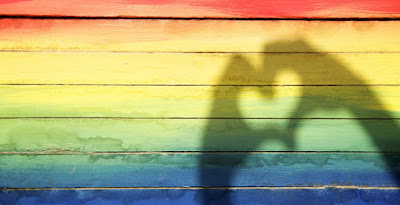