June 12, 2021
Members of the Green Party of Canada Federal Council,
I am writing to express my grave concern for the direction of the Party. For Greens in New Brunswick, the loss of Jenica Atwin to the Liberal caucus is nothing short of soul crushing. I do not write to add to the chorus of postmortem analysis of this defection. I write looking forward, demanding action.
I want to see Green MPs sent to Parliament. I want to see Green MPs from New Brunswick sent to Parliament, like we know is possible.
Annamie Paul's continued leadership makes this goal difficult. The party depends on the free labour of ideologically motivated volunteers who are dropping like flies. The networks that make candidate recruitment happen are falling apart in the province.
Since her election, I have given Annamie the chance a new leader deserves to unify and innovate the party, but that olive branch has snapped. Last week, I was hopeful that 2 or 3 ridings could be competitive for Greens. Today, I am managing expectations with chagrin.
Lacklustre became liability early in the morning on Friday, June 11th. The InfoAM Fredericton interview Annamie called into was my breaking point. That particular media availability is unparalleled among the New Brunswick chattering class.
I am not against Annamie Paul the person or Annamie Paul the politician, even. I am one member respectfully declaring my nonconfidence and demanding a membership-wide leadership review vote. May she be the best MP Toronto Centre has ever had. I am against ego in the face of obvious context. Doing politics differently is listening and realigning, not flexing and posturing.
I accept the chaos and risk associated with appointing an interim leader before a probable Fall election. I do so knowing that the Party has a deep pool of leadership, and without hesitation, I recommend Dr. Courtney Howard, should she be willing, assume the role.
At its core, the Green Party is a party of hope; may that hope be restored soon.
In solidarity, 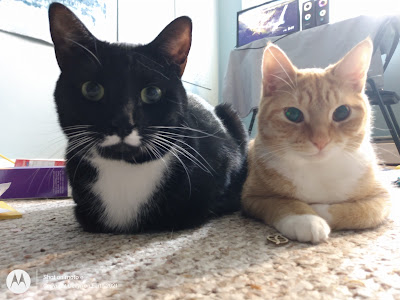