RE: Sex, Gender, and the Human Rights Tribunal of Ontario

Courtesy of a recent Human Rights Tribunal of Ontario ruling, trans persons in Ontario will soon be able to have the sex on their birth certificate without an irreversible “transsexual” surgery. Ten minutes after first reading and processing this news, I lost all faith in society. The means by which this "game changing" decision was made was by completely ignoring the wisdom sociologists and gender scholars have been writing for decades. The decision was a result of a complete conflation of sex and gender. The tribunal constructed a botched definition of discrimination founded on essentialist ideals of gender.

Sex is the physical presentation of your body as it functions in reproduction. In humans we have 3 sexes, male, female, and intersexed. Gender is a set of characteristics which are cultivated and repeated, often unknowingly, that mark a social identity. Sex is limited to 3 biological expressions; gender is unlimited in expressions. Masculinity and femininity have changed through culture, space, and time, while sex has remained static.

One of the principle arguments behind the ruling is that a transgendered person’s gender identity isn’t reflected by the sex on their birth certificate. Obviously, a baby doesn't have the cognitive power to claim a social identity, so one is imposed upon them according to their sex. The point of the sex on a birth certificate should not be to forge your social relations, but to give the government enough information to make sure Canadian society will reproduce itself.

I personally believe the ruling to be a step backward in the fight for equality. The male/female dichotomy was upheld at the expense of all those brave enough to resist it. The ruling normalizes that there are two socially acceptable gender identities and that you may identify as either, regardless of the body you were born into. The outcome insufficiently challenges that society is organized around flawed and unjust ideas of identity.

A gender (social) struggle doesn’t inherently reclassify the (biological) body you were born into. Transsexual surgery is an accurate name: a surgery that transitions a body to another sex. Additionally, surgically transitioned bodies are in fact intersexed at completion. Genetically, a post-op person’s DNA will still code for their birth sex; modern surgery can only create interesexed bodies that are more palatable to socially understood gender identities.

Accepting the shortcomings of conflating gender and sex, I propose a way forward. It’s time to release the terms male and female to the property of the social. Science needs new words to describe bodies that aren’t laden with ideas of social identity.

Sex, as a vital statistic, needs to be completely divorced from gender. I propose that medical and government documentation reclassify bodies as per their reproductive functions, and rename the 3 sexes as bearer, donor, and interesexed bodies. What is understood as female would become bearer to describe the child bearing capabilities of those bodies; meanwhile, the role as a genetic donor would be reflected on what is understood as the male body.

Intersex would remain as a body classification, but we as a society cannot police these bodies as we have in the past. If a baby is born intersexed, it should not be subjected to undue surgery and hormone therapy to fit into a gender idea they may grow up to reject. A body-positive approach would celebrate that intesexed bodies happen both naturally and surgically and hold the capacity to express any chosen gender.

If the letter options of B/D/I were presented on identification, medical professionals would have the information they needed about your sex to best proceed with any needed treatment, and gender expectations could finally be devolved to the level of personal choice. The Human Rights Tribunal of Ontario ruling will help a few Ontarians reconcile their gender struggles, but tweaking an oppressive regime is like oiling an enemy tank. 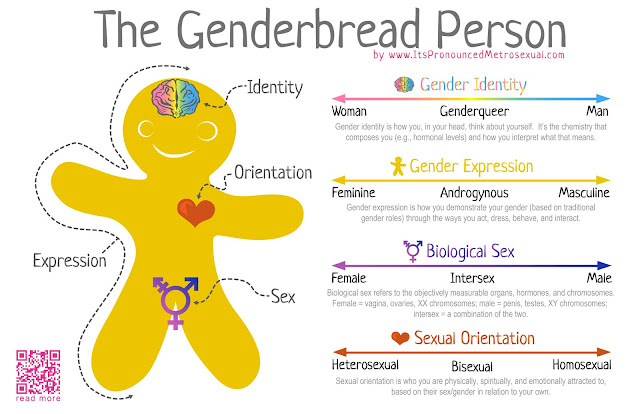