RE: #NBPoli, It's time to stop playing for third.

By-elections are the best means to harness the electorate’s discontent for any number of government decisions enacted since the previous election. Opposition parties tend to do well in by-elections. The NDP’s poor performance in Rothesay indicates that something needs to change within the NB NDP if they have hopes of electing members, let alone forming official opposition or government.

The trend of alternating between PC and Liberal majority governments wastes untold public resources as each government undoes the work of that which came before. (Remember the toll highways Lord tossed?) Third party representation and the possibility of minority government forces politicians to work across party lines to tweak policies until they meet the needs of a multitude of stakeholders.
The elephant in the room whenever politicos discuss flailing left-wing parties is merger, ideas that we’re stronger together and that the province would benefit from our cooperation. In 2010 the NDP got about 10% of the provincial vote and Jack MacDougall’s Greens nabbed 5%; neither elected members to the legislature.  I don’t see the logic in these parties fighting it out for third place when they share so many goals of environmental, social, and economic success.

The only way to change the political climate in Fredericton is to launch a legitimate partisan challenge to the old parties and the old ways of patronage. Neither the NDP or Green Party are suited to do this on their own, and their ardent assertions of difference just divide the attention of New Brunswickers who crave a politic that puts people before corporations.  An amalgamated Green Democratic Party (GDP) of New Brunswick could be the effective opposition that keeps Fredericton in touch with the real concerns of the province: health care, the impacts of resource extraction, flood prevention, infrastructure redevelopment, poverty relief, post-secondary education affordability, and making sure rural citizens have access to services. It is our duty to pass to our children a liveable world, and our best means to secure one is through cooperation. 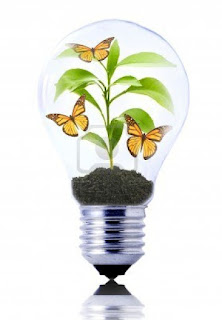