This government wants to parent Canadian citizens just like children; we are monitored against our consent and often knowledge, and our input into important decisions is naught.

A radical regressive agenda is underwritten by each of Harper’s backroom bills; Harper-knows-best politics have seen hundreds of pages of omnibus legislation undermine the value of our elected parliament while advancing a neoliberal ideal. We see this trend most recently in The Foreign Investment Protection and Promotion Agreement, which affords China concessions that Canadians did not consent to.

Harper-knows-best politics are the shortest distance between a social democratic Canada that attempts to create equal opportunity and ‘Merica North. In brokering the transition between these two competing visions of Canada, Harper engineers his own demise.


Harper’s razor-thin majority, won with 40% of the vote, is a precarious mandate to work with. Harper faces criticism of a wasted majority from the Conservative base if his policy direction is not ideologically motivated enough. At the same time, Harper must appear moderate to stave off Liberal and NDP gains.

That appearance of moderation is Harper’s self-destruction. Instead of taking a more centered approach, Harper pushed forth a right-wing agenda through channels that minimized debate, scrutiny, and accountability.

The more controlled and robotic the Conservative approach to information becomes, the more juxtaposed the party becomes with its claim to family values. Honesty is the most sought after trait in a Canadian politician, and shameless Conservative secrecy isn't sitting well with their supporters.

Enter into the political sphere the information generation, with many voters who don’t remember a time before cell phones and Google. The information generation is accustomed to the immediate fact-check and multiple sources. We probably aren't getting our news from a TV or a newspaper, and many of us spend as much time reading the comments as the headlines.

Repetition rather than critical examination has characterized Harper communications, a strategy prone to backfire on social media. #TellVicEverything is definitively the most effective Canadian social media campaign to date. For the first time, a hashtag derailed a bill. #HarperHistory also saw the internet bite back over ridiculous claims of the NDP not supporting the WW II effort.

Social media’s potential to elevate a political cause into mainstream trends requires an element of humor.  Successful mobilizations have snowballed because the subject matter used humor to illustrate the Conservatives as absurd. As technology is increasingly integrated into Canadian homes, the reach of social media will grow, and Harper ‘s secrecy will be taunted by comedic echoes of illegitimacy through the annals of Twitter and Facebook.

This observation is not meant to deter from traditional means of activism and civic engagement (by all means sign this LeadNow petition to halt FIPA), but to recognize the the momentum progressive organizers have conjured across the country. Clicktivists will play a huge role in shaping the 2015 election outcome, and so far it’s not looking great for the Conservatives. 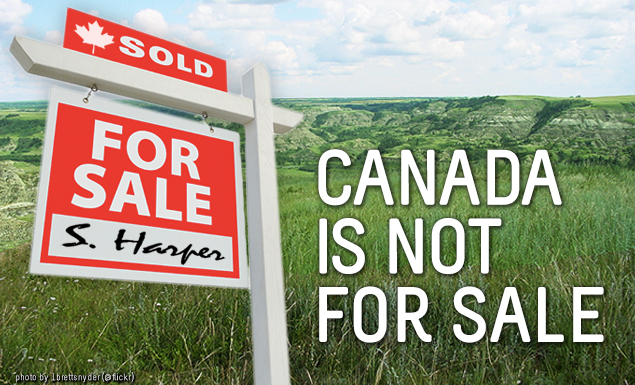