May 01, 2013
This Winter, I had my first partisan policy proposal experience. The venue: Ottawa Centre NDP Electoral District Association’s (EDA) pre-convention policy meeting. It was something; that's for sure. Fact one: I was the youngest person in the room, at 25. Fact two: this wasn't exactly a place where people went out of their way to include outsiders (especially when you’re a vocally pro carbon tax New Democrat).

Anyhow, I got to talking to another NDP member at my table, and we exchanged our frustrations at the limitations of the policy process. There is too much ego and not enough substance; people constantly fail to recognize their positions of privilege, and my own observation: a stark disengagement from youth.

An old fashioned policy process is conduct unbecoming of a party with such a vibrant young caucus of MPs. If the NDP are to form government, we’ll need to be the party of awareness and change. Policy making needs to be dragged (kicking and screaming if need be) into the 21st century, with all the bells and whistles of tablets and smartphones.

The traditional policy process was created as a structure that could produce legitimacy for policies written and supported only by a disparate fraction of the total membership of a political party. Policies best represent a membership when there is an uninterrupted two-way flow of information between party leadership and individual members. The removal of barriers to this ideal is an ongoing process for partisan bureaucrats.

As Gen Y ascends to the political helm, we must ask how the technological collapse of space via internet communications can be embraced to improve the process whereby policies are democratically legitimated. We’ve already seen leaders elected online, so when will the policy process catch up?

The shift to OMOV (one member, one vote) during the 2012 leadership convention that crowned Thomas Mulcair removed a barrier to participatory democracy. For the first time, technology allowed party members to transcend standing institutions of power within the NDP (unions, EDAs, internal party structures) that had the capacity to distort democratic opinion within the NDP’s previous delegated leadership contests.

Delegated conventions severely restrict who can participate in policy decisions. It makes no sense that a whole membership is consulted on a leader but not for the formation of the policies that leader is tasked with championing. Policies enacted through an OMOV live online voting system would be a far superior representation of the membership's will.

Let’s ask ourselves: why can policy proposals not be nominated directly to convention by member petition? Are the institutions of EDAs, unions, and established commissions adequate means to reflect the policy agenda of an immeasurably diverse membership? Why doesn't the NDP policy process recognize issue-based self-organized digital communities as legitimate sources for policy proposals?

Beyond embracing OMOV live voting for policy making, EDA’s can also benefit from digitizing elements of their policy process. Moving even part of the conversation online engages many more people, especially youth, in the important discussions that define New Democrats. Policies submitted to EDAs by members could be posted to an online discussion board for a period of debate preceding the policy meeting. This accommodation would facilitate meaningful exchange of complex ideas and supporting sources beyond what is possible at a physical meeting. Hosting a digital debate also allows for participation from persons with scheduling conflicts, accessibility concerns, discomfort speaking in public, child care requirements, etc.

Our unfortunate reality is many interests vested in the maintenance of youth apathy, and the traditional policy process is as relatable to today’s youth as a 3.5 inch floppy disk. The NDP has an opportunity to embrace youth, but we’ll need to do it through the platforms that enable their digital lives. 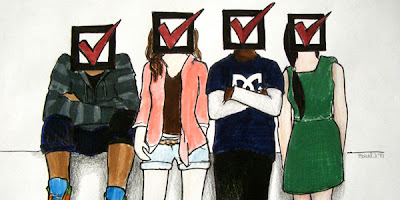