I write you today after much reflection on energy politics in Canada following the explosive tragedy in Lac Mégantic, Québec. I write to suggest a targeted foreign aid program with the potential to bolster both Canadian and developing economies; specifically, I suggest sizeable investments in Thorium desalination projects. These projects feature small-scale nuclear reactors that power the energy-intensive processes purifying sea water; some Thorium desalination projects are engineered as dual-purpose facilities, which produce energy for commercial and residential consumption as well as potable water.

Thorium desalination projects are strategically valuable to Canada for several reasons, foremost, as a means to advance research toward large-sale, safe, and emission-free Thorium power generation. The generation technique uses molten salt rather than heavy water (composed of heavier isotopes of hydrogen), which means it is safer in the event of a power loss, and near impossible to weaponize.

Imagine if our foreign aid programs were able to contract Canadians to build a secure and responsible energy future, while dramatically increasing access to clean water in the world's poorest parts.

Minsters, this ideal could become a reality within the next budget cycle. There is already a Canadian company, Thorium Power Canada Inc, blazing the trail managing two projects in Chile and Indonesia, the latter a generation-only project.

Thorium research is a big part of solving the global energy crisis, and Canada should be a leader in this effort. I implore you to research and champion Thorium investments as priorities for foreign aid spending in the next budget cycle. 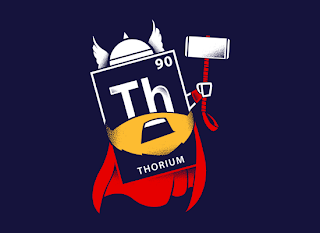