August 02, 2013
I recently found out that Ottawa’s Great Canadian Cabin will be hosting an “Ally Party” as part of Capital Pride 2013.
"Queer Ally Party

Queer Ottawa is proud to be hosting the first-ever Ally Party for Capital Pride 2013. An ally is a heterosexual person who stands with the LGBT community to support and push forward the movement for social equality. Become our ally by attending this inaugural celebration!"

My knee-jerk reaction was: WTF? This is the Pride party for the “allies” seeking a segregated mostly hetero party? And isn't the entirety of a Pride festival an “Ally Party”? Is it not the congregation of diverse peoples in the names of minority inclusion and solidarity that defines Pride? (Maybe I'm being too idealistic with that last assertion)


At the end of the day, the thought process behind an “Ally Party” is not one that strides toward social justice. The notion (re)creates an “us” and a “them”, rather than a “we”.


Language politics aside, I would hope all of Ottawa’s bars and clubs would treat queer people with respect on any given day. A straight bar hosting an exceptionally tolerant straight party during Pride isn't a special event; it’s pinkwashing, and no amount of glitter or vodka could convince me this party is a good idea. 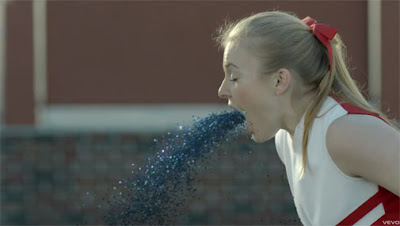