@CapPride is Just an Expensive Party.

If it suits, I hope you get a chance to attend some of the events planned for Capital Pride's 2014 edition, Free to Love. This blog post is mostly in response to some coverage Capital Pride got in the Ottawa Citizen; therein, it is concluded that Ottawa's pride is both part and protest; except, no one can find this protest.

To characterize Capital Pride as activist would require at minimum an explicit mandate to make the conditions of queer people in Ottawa better. The stated mandate on the website is:


The mission of the Capital Pride Festival is to perpetuate the spirit of pride in the gay, lesbian, bisexual, trans, two-spirited and questioning (GLBTTQ) community in Canada’s National Capital Region of Ottawa–Gatineau.

I'm not 100% sure how perpetuating the spirit of pride is going to quell queer suicides and poverty, but let's pretend that this "spirit" is in fact double mandate to celebrate and protest. So where's the protest this year? What issue(s) is(are) being focused on?

"Creating a visible presence and space" for the more privileged of queer identities isn't activism in 2014; it's good business (just ask Toronto). The double-income-no-kids pair are the ideal tourists, and as pride festivals around the world are increasingly profit-motivated, event planning has followed suit.

You may notice perusing the Capital Pride events page that most evening events have a cover charge; some of them are quite prohibitive. Let's pretend you're partying hard this Pride festival:

These prices were not set with struggling queers in mind... I'm not sure if any of you readers would have made it to GlowFair in Ottawa this Summer, but the mostly free event put DJs on Bank Street and serves as a much better blueprint for financially accessible event planning. (There's an ironic amount of people who organized both of these festivals)

Protest and prohibitive costs are not compatible ideas. This tension is exemplary of how far away from activism modern pride festivals have shifted.

In the same ideological vein, it's contradictory that pride festivals are used as fundraising opportunities. Pride festivals started out demanding equality and ended up bankrolling the non-profit industrial complex.

Capital Pride lacks an emphasis on critical awareness. The festival, if it is to have any legitimate claim to activism, must articulate itself as an inclusive queer pride. Organizers must centrally integrate educational and activist initiatives from queer politics into the core of planning.

I'm not saying don't go frolic this week (by all means!), but don't think think you're being a part of some benevolent social movement. We can always hope that next year, everyone's heads are a little less up their (cl)asses! 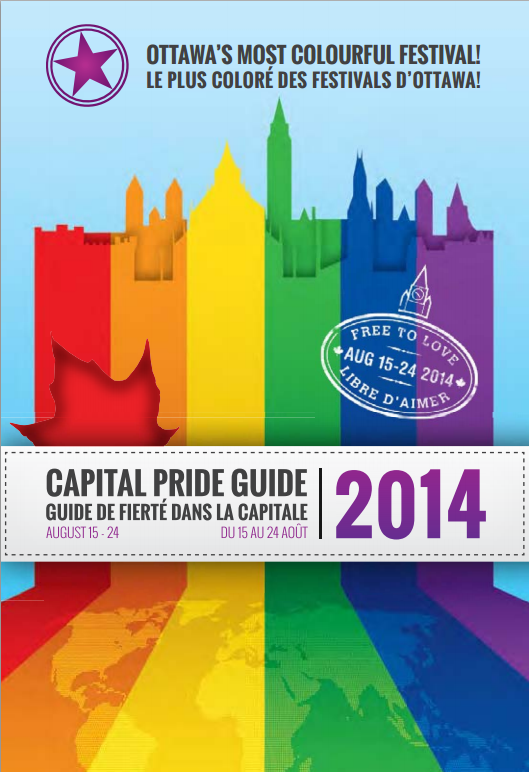