Let's be honest; the online dating world is full of tactless exchanges, but there comes a time when your feminist brain literally explodes. For me, it's around the term "rape fantasy".


Issue: some one tells you they have a "rape fantasy".

Here's an appropriate follow up question I wish I'd been witty enough to ask at the time:


So does your "rape fantasy" include a "being arrested fantasy", an "incarceration fantasy",  and a "criminal record fantasy"?

I've been using air quotes because what many people refer to by "rape fantasy" is a complete bastardization of the words themselves. Rape is by definition non-consensual. Rape cannot be wanted, and rape is always a heinous crime. If someone legitimately has a rape fantasy (note lack of air quotes), they are in need of psychiatric assistance.


What uninformed persons refer to as a "rape fantasy" is in reality a role-play scene of consensual non-consent (CNC). Legally, all partners of any sexual activity must be able to withdraw their consent at any point. How this is communicated can look like a lot of different things from yelling stop to dropping a marble, but the withdrawal consent must always be respected.

My mind explodes because there is no more blatant inculcation of rape culture than the poor word choice of "rape fantasy". When rapists hear other people have "rape fantasies", they don't hear the air quotes, and they think what they do is more acceptable.

Also consider that whoever this desire is disclosed to may themselves be a survivor.

So please file "rape fantasy" away in the "don't f%$ing say it pile" alongside other oppressive language like slurs based on race, ability, sex, sexuality, etc... 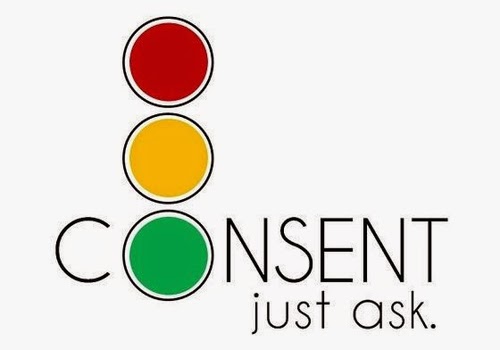