I write to you today about the intersection of journalistic integrity, gender, and sexuality. Please understand this letter as a content suggestion for forthcoming editions of the Canadian Press Stylebook. 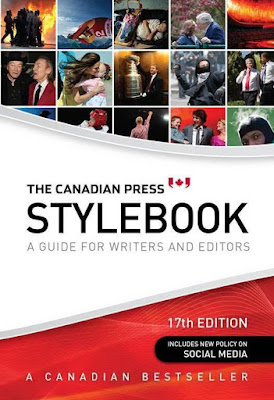 My analysis is informed by two critical perspectives. First, as a news consumer, I demand accurate and appropriate language from professional journalists. Second, as a feminist, I am concerned with the unjust power relations inattention to detail regarding the language used to describe gender and sexuality (re)produces.

I begin with the journalistic conflation of sex and gender. These words are not interchangeable, and their conflation is a regrettable source of inaccuracy and erasure in journalism. Gender is a social idea enacted through identity and expression. Sex is a physiological designation based on anatomic and genetic markers. Neither sex nor gender exist as binaries. 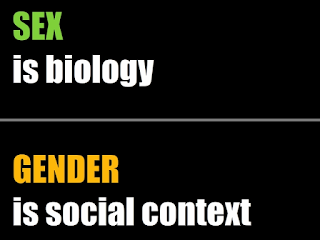 Sex exists on a single physiological spectrum between poles of male and female designations with an infinite combination of intersex possibilities between. Intersex bodies are both born and crafted. States administer the authoritative (re)classification of bodies as male or female following physical modification that conforms bodies to an arbitrary minimum threshold of compliance with social ideas of gender. Because sex markers are genetic as well as anatomic, a body can never completely transition from male to female or female to male, despite achieving legal designation affirming so.

Gender is a social context that propagates a set of socially and historically specific stereotypes. Gender expressions are the perceptions of bodies as gendered actors in an interconnected social world. Identities are personally determined social descriptions, which cannot be imposed by an onlooker. Gender identities, unlike sex, do not exist in a single spectrum from masculine to feminine. Conceiving gender as a single spectrum (re)colonizes bodies as per Eurocentric knowledge. Gender identity is a personally defined social characteristic that describes a person as situated on one or more points on any infinite number of culturally specific gender spectra each with an infinite number of possibilities along it's own spectrum. Self-determination is the only legitimate means to identify gender; identities require consent. 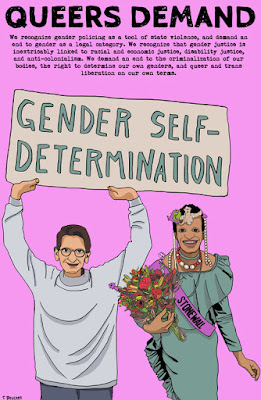 Too often male and female are described as genders; when in fact, they are sex designations. This inaccuracy is regularly imposed on the animal kingdom; journalists misreport animals by gender rather than sex. My cat, Onyx, is female, not feminine. Ethical journalism requires the mindful distinction between the use of sex and gender in reporting.

Ethical journalism also requires creating opportunity for interview participants to identify outside of binary gender. Journalists should begin their interviews with two questions: 1) How would you like to be gender identified in the article? 2) What is your preferred pronoun?

In exceptional circumstances where gender-identifying questions are unable to be asked or answered, gender expression can be ethically reported, if relevant to the story. Gender expression can be reported as per the dominant masculine-feminine spectrum of gender. How people are perceived in this context is an observation that a journalist can ethically report without committing an erasure.

Another source of erasure of occurs when journalists report gender and sexual diversity in groups. Diversity is under/misrepresented by a slew of acronyms each limiting the infinite range of human gender and sexual identities (LGBT, LGBTQ, LGBTTTPIAGQQ, etc.). Queer/trans* (or queer and trans*) fails as as appropriate descriptor because it allows for an infinite array of sexualities under the umbrella term "queer", but represents all of gender diversity under the politically loaded and limited term "trans*".

Trans* inadequately creates space for the self-determination of non-binary and indigenous-identified genders. Decolonizing journalism means creating a set of practices that work toward inter-epistemological pluralism; wherein, competing knowledge systems should be equally entitled to fair reporting. If this goal is to be met, the the political language choice of trans* needs to be understood as a narrative that oversimplifies gender as a combination of two inadequate Western ideas: a single masculine-feminine spectrum and trans-essentialism, the idea that the world exists as men and women and, regardless of the body you were born into, you have the right to be either. 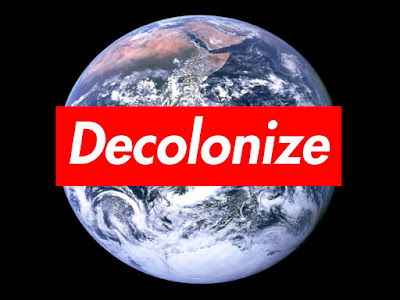 "Queer and gender diverse" followed by a plural noun (students, activists, communities, etc.) is the most accurate language choice to describe the phenomenon of gender and sexual diversity in a group setting.

Lastly, I draw attention the misnomer of referring to a singular community characterized by gender and sexual diversity. Writers and reporters should pluralize queer and gender diverse *communities* so that language that more accurately reflects heterogeneity and the intersections of other social factors with gender and sexuality (religion, race, nationality, indigeneity, etc.). 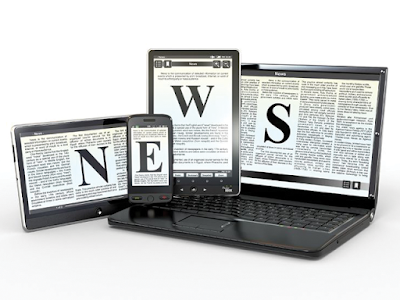