January 07, 2016
Lady Gaga (Mother Monster) is the only celebrity whose fandom speaks to me. I'm coming out as a Little Monster with love and respect for Gaga as an artist, activist, and creator of an online community organized around tolerance, love, and free expression. I also love that I have such positive memories tied to the people I've loved Lady Gaga alongside.

Gaga provided the soundtrack to some of the most memorable times of my life. Before she was a superstar, Lady Gaga played a general admission show at Ottawa's Bronson Centre. I wasn't actually a big fan until after this concert.

Hayleigh, who's also doing the #Thisisme challenge, and I attended this concert with a co-worker, (from the student union) her partner, and another of her friends. Hayleigh and I got super drunk at Carleton beforehand only to get stuck in a 2 hour line outside a dry venue. We didn't think it was a dry venue...Oh, and we made out on a dare in line. (University was the best!) By the time the opening band had played, our buzzes had totally worn off.

The night provided my moment of ensnarement; hearing Paparazzi live was lightning. Gaga's talent and dedication just filled the tiny unworthy theater, and I knew she'd do great things. The Fame rang through the majestic shores of NONtario (what we named our apartment in 2009-2010) with Pokerface, Paparazzi, Love Game, and Beautiful, Dirty, Rich.

Born This Way was the album that hooked my cousin Amanda. She had it in her car cd player for probably a calendar year, and Gaga found a special home in the family karaoke repertoire. The song Born This Way produced the most active dance floor moment from my step-aunt's wedding in 2011. Particularly memorable as one of the first times I'd gotten really drunk around my family and only the second time I'd had a Carleton friend (Alice) come visit me in New Brunswick.

I actually have a bunch of Alice-memories scored by Gaga tracks... like being drunk in a Toronto hotel room after the G20 protests in 2010 explaining how genius the Alejandro video was to fellow protesters as it played on live TV. And when Alice and I lived together we would take Dirty Mary/Paparazzi stretch breaks most days. Literally, we'd put the two songs on and stretch for their duration then resume our affairs.


There's absolutely no way I could write my blog confessing my love for Lady Gaga without mentioning one of my best friends, Courtney Conquers. There was a time long after a party had ended that we were drunk watching the Marry the Night video crying, just because we love it and life was intense. Courtney wrote her MA thesis in gender studies on Lady Gaga and the Little Monsters.

Artpop was my album to obsess over. By the time Artpop had been released, Courtney was full-fledged Gaga-stalking to try to meet her. It was really easy to stay on top of Gaga-related news because of this friendship! 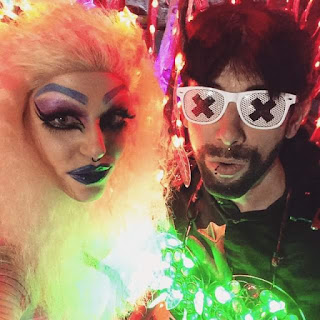 Artpop is the last physical cd I purchased, and it has unfortunately perished. I owe my soul to Artpop for two reasons: motivation and epiphany. I played the full album for hours while I did my MA and TA work. It was the sound of getting shit done (alongside a few Grooveshark playlists that bit the dust). Dope, Venus, Guy, Donatella, Mary Jane Holland, Artpop. So good!

Obviously when Gaga was announced to attend Ottawa Bluesfest 2014, I planned to attend. This night was magical. I attended the show with Alice and a few other mutual friends. It was entertaining and well produced. Gaga's voice and dancing were phenomenal, but the electricity happened when Courtney, who'd slept out all night to guarantee a position at the gates for the general admission show, got pulled on stage for the performance of Swine. 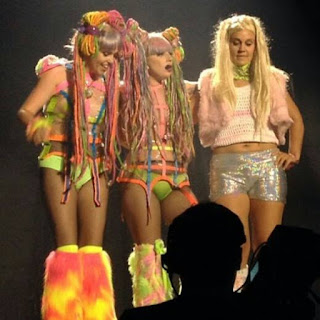 I went home that night and and freaked out. I'd just seen one of my best friends achieve her dream. I couldn't name the feeling that was tearing me apart until some time later. but it hurt like a mother fucker, and it said that I was doing the wrong thing with my life.

Despite a barrage of criticism and skepticism, my friend achieved a personal goal against considerable odds. Fuck yeah. That thing tearing me up inside was a pang of illogical jealousy. I wasn't jealous of getting to meet Gaga; I was jealous of that moment of radical authenticity.

Authenticity is the stupidest thing you can be jealous of.

As a being ruled by logic, I realized I needed to change my life. I withdrew from the PhD in Political Science program I'd accepted at the University of Ottawa, and began to meaningfully prioritize creative outlets in my life. I blogged about it here.

Had it not been for seeing Gaga at Bluesfest, #Thisisme wouldn't have happened. #Thisisme a Little Monster. 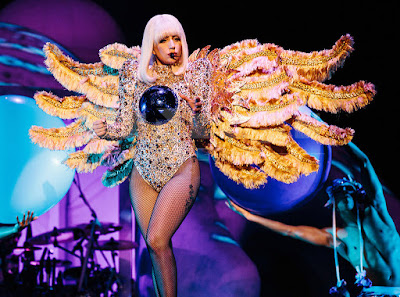