Given the feminist and civil libertarian I've already described myself to be, I doubt a liberated sex life is too hard for you to imagine for me. I'm a loud advocate of sex-positivity, the idea that any consensual sexual activity between adults is normal and has the potential to be enjoyable.


I wasn't always causal with sex. I held on to my v-card until I was 19, when I lost it to a nice guy who I'd go on to seriously date for some time. I started sleeping around bar scenes in the Summer of 2008, when my number doubled from 10 to 20 in 3 months. After that, I realized that I'm entirely the type of person who has no problem separating enjoyable sex from messing feelings. 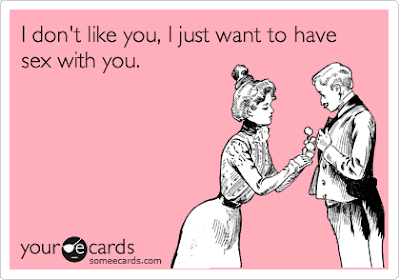 With the introduction of hookup apps and culture, I stopped counting my number of sexual partners in 2011 somewhere in the high thirties. If hookup apps were a thing when I was young, I feel like my life may have turned out very differently. Like imagine being 15 or 16 and knowing about Tinder and Grindr, but being too young to use them. My 90's kid brain can't even.

If I had to ballpark my number of sexual partners....80? 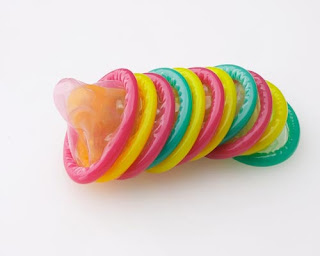 I'll be honest; I'm militant/near obsessive about condoms. I don't "get caught in the heat of the moment"; I don't think this "just teasing the opening" without protection is sexy. I'm much more afraid of contracting an STI than having an awkward moment voicing the necessity of condom use. I do not desire high risk sex.

Trust me, I'm aware unprotected sex feels great, but what risk it's worth is debatable. Some people prioritize fluid exchange in their sex lives and accept huge risks to have satisfying sex. People who choose risky lifestyles have options like PEP and PrEP to manage their HIV risks, but no preventative courses of treatment are prescribed for chlamydia, gonorrhea, syphilis, herpes, genital warts, yeast infections, or sexually transmitted Ebola. 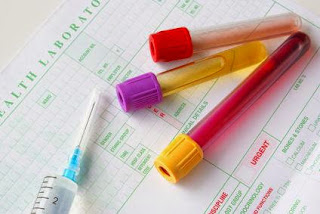 The lowest risk sexual practice is obviously a monogamous sexual relationship following two negative STI tests three months apart -assuming neither of y'all are virgins- but not everyone is built for monogamy.

I've actually rethought my threshold for moving to unprotected sex recently. Things have changed since I was last in a relationship long enough to have low-risk unprotected sex. I don't particularly see myself being monogamous ever again, so I'm not sure exactly what the timeline looks like.

If I start seeing someone, and we never really stop fucking other people, at what point does a fluid bond logically come into effect? I guess it's the product of trust. If you believe your partner's condom use was 100% during the three months previous to your shacking up, one test could be the threshold to stop using condoms. If there was some sketchy action before hand, then obviously the three months between negative tests with 100% condom use would be needed.

PrEP also messes with the time line. In this scenario, I'm dating someone on PrEP. They'd be free of the 3 month HIV testing blackout window. Again the product of trust, I'd have to believe they're diligent in taking their pill EVERYDAY and/or be satisfied with moderate condom use. A negative bacterial STI test would be enough to satisfy my risk threshold for unprotected sex.

**Behavior is the best indicator of risk. An undetectable HIV+ person who uses condoms all the time is waaaaaaay less likely to give you an STI than an HIV- PrEP user who rarely uses condoms.**

I really can't say I hate condoms in the slightest. 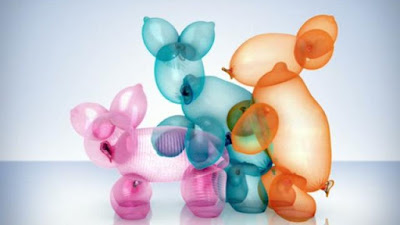 I've only had high risk sex twice in my life, and I'm going to tell you about both of them. Both times were with men, and, thankfully, neither incident resulted in any infections.

Scene: sexy upper-middle-class realtor in his 40's invites me over we have a few drinks and head to the bedroom. (Yeah, I totally have a thing for silver foxes) Things were really enjoyable. We were definitely mutually attracted, and the kissing and body contact were fiery.

I had clearly stated I was only interested in safe sex, and we'd talked about our most recent STI testing dates. So, after we've been at it about five minutes, we stop to switch positions. I ask him to grab the lube and he says he doesn't need any more. I responded it was for me not him, so he pulls out and I see his bare dick. Why the hell was this dude fucking me without a condom?

Apparently, during what I will admit was a generous and enjoyed rimjob, I saw him reach for something I assumed was a condom. It was just lube, and he started fucking me bare. When I realize this, my heart races, drops, explodes all at the same time. 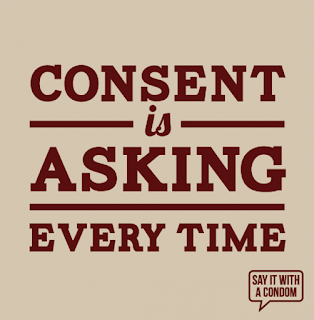 He got a lecture about consent at a later date, but the dynamic was way too fucked up to consider having sex with him again.

I take full responsibility for my second high-risk incident.

This story is more sad and funny than life changing. I was at a party this past sex-starved Summer in New Brunswick, and there was a handsy hot tub. By the time we got down to actually fucking, I'd been hard for like 3 hours. I was also like 8 drinks and 2 joints deep.

The guy I fucked wasn't even the guy I wanted to fuck. We were just the last two awake, and he propositioned me. I searched for a condom for 10 minutes (I'd left it upstairs hoping I'd get to use it with the other guy; it was found in the morning). I made him swear up and down he'd been tested in the last 6 months and hadn't slept with anyone else without a condom.

In my drunk head, I was going over HIV stats in NB (they're really low), and he was an employed 35+ francophone, so I was probably going to be OK. Hormones won, and he lubed up my dick, and he hopped on. About 10 minutes of messy drunk sex ensued. Then, we got off and passed out. The negative test results three months later were happily received.

I did mention that I managed to evade STIs during my high risk incidents, but two other times I wasn't so lucky, despite having risk-managed sex. I'll be candid that I don't use protection for oral sex, and condoms don't prevent bacterial STIs that effectively. So I was treated, once with symptoms and once without after having been contacted by a sexual partner who had developed symptoms.

STIs (including HIV) happen. The best thing you can do is educate yourself about the risks of your activities and make informed decisions that work for your lifestyle about how to manage that risk. 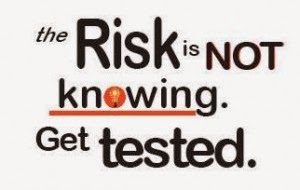 If you have any questions about sex, sexuality, or sexual health, http://www.sexualityandu.ca/ is a great place to start reading!
#Thisisme Consent Devyn Stackhouse HIV safer sex sex-positivity slut STI testing