Drag is not Impersonation

October 05, 2016
Unless it's cosplay, drag is not impersonation. 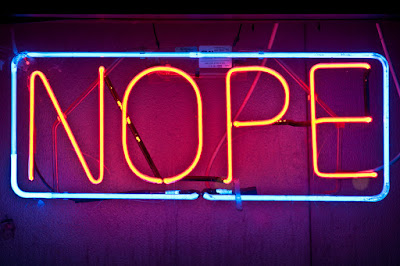 Stop saying it. Stop thinking it. It doesn't come from a good place.

The "drag as impersonation" mentality shows how shameful discrimination and flagrant hypocrisy live in queer communities. Drag queens do not "impersonate" women (or even worse "females" - gag), who are not a homogeneous immutable set of stereotypes.

To impersonate, there must be a person to imitate. Be Xena or Harley Quinn or Lady Gaga. That's impersonation.

Drag as impersonation insists that the gender binary is a useful tool reestablishing hierarchy anew. Men who impersonate women and women who impersonate men have the grandest titles of Queens and Kings. These social status markers are the product of exclusivity via exclusion. Who gets to call themselves a drag queen or king is policed like the G20.

When drag events exclude cis/trans women and gender non-conformists for ideological reasons, an unreasonable demand of information about the contestants bodies is (im)posed. Drag as impersonation justifies event organizers insisting on their right to "sex test" their participants.

Drag as impersonation is gay rape culture that perils mostly women. Once again, men are determining the value of women's bodies and doing so by insisting on their authority to know about them.

It takes concerted sexism to choose to enforce a definition of drag that (re)creates binary gender. In each instance, equality is actively chosen against, rationalized by a logic of rape culture. The proponents of drag as impersonation preclude gender diversifying drag as an art form and cleave queer communities by choosing tradition unreasonably over equality.

Let's just all get along? K. 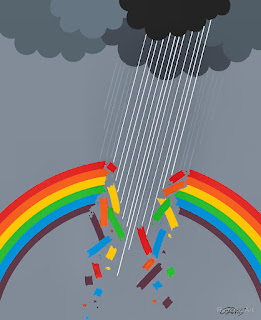