October 28, 2016
Justin Trudeau's ongoing popularity is sucking the air of out the Canadian left. Internal conflict has ripped open wounds in both the Green and New Democratic Parties of Canada, and it's time we solve two crises in leadership with one leader.

After their devastating loss in 2015, the NDP tossed Mulcair and set the stage to battle for the social democratic soul of the party. The Leap Manifesto was accepted for study by the federal NDP, much to the chagrin of their centrist governing Alberta wing. The celebrity-endorsed Leap Manifesto is a non-partisan policy doctrine that articulates a succinct socialist and ecologically conscious direction for Canada.

Notley New Democrats are ardent that a party of gradualism is the only way forward. The Leapers want a party of principle.

In Alberta, New Democratic centrism means electability, but there's no air in the centre of the federal political spectrum. Notley New Democrats are sandbagging the federal party's grasp on relevance. The New Democrats are having a hard time finding a leader. The race to replace Stephen Harper has eight candidates; eight more than the NDP has. Speculations of the NDP's collapse have been published in the Globe and Mail and on Steve Paikin's TVO blog. 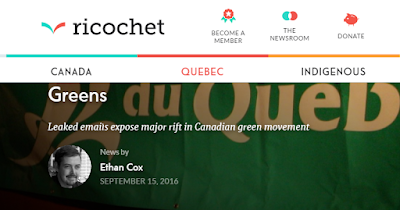 With the adoption of the Leap Manifesto looming, The NDP will wade into Green Party policy. The Greens are already consistent with the majority of Leap Manifesto.

The present is the best set of conditions organizers have ever had to unite the left in Canada. Two parties are in disarray and a cohesive set of common ground policies gaining traction. For the good of progressive movements in Canada, we need to break up with centrist New Democrats and unite the Green and New Democratic partisans under the principles of the Leap Manifesto.

The Green Democratic Party has a nice ring to it. 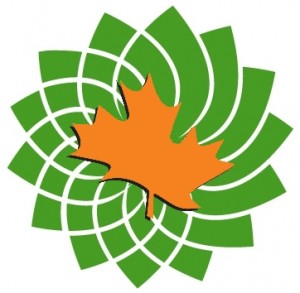