The Politics of Halloween

October 31, 2016
For us theory nerds, Halloween illustrates conflict between essentialist and post-modern ideals. The politics of Halloween challenge the limits of free expression with moral claims against cultural appropriation. If you want to skip the next 800 words, you totes can wear an insensitive costume, but I don't personally understand or recommend it. 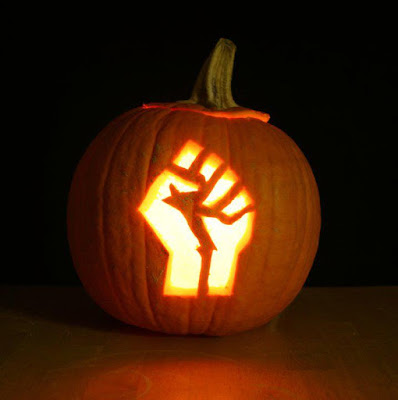 Decrying cultural appropriation is rooted in Marxist and essentialist theories. Marxism offers that culture is owned, rather than participated in, and essentialism adds that cultures self-reproduce by creating immutable stereotypes of themselves. 'Cultural appropriation is always bad' because culture is a product of labour that can/should be owned by it's "rightful" creators, who are "authenticated" by stereotypes. "This is what X people and do and look like, and you are not X people. You don't have the right to look or act like X people."

Post-modern theory defines culture as a set of practices that defines a group. More accurately than other ideas, post modernism states that culture is participated in, not owned. 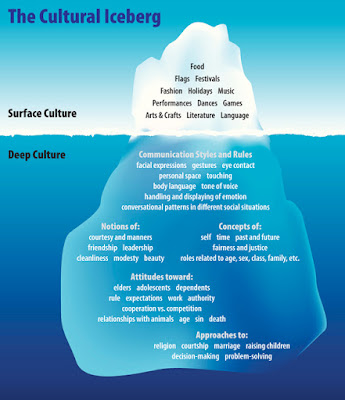 Critics of cultural appropriation invoke the 'everything is blackface' approach, which, in the most ironclad irony, is culturally appropriated. Let's take a second to talk about the uniqueness of blackface. Blackface was a performance element that culturally maintained black subjugation. The practice has a specific North American history, and it is widely understood as a glorification of black slavery and suffering.

Transposing the history of blackface onto other imitations is both inaccurate and insensitive. "Redface", "yellowface",  and "brownface" are not at all the same as blackface. These imitations are not tied to the history of transatlantic disenfranchisement and slavery that black people survived. If these imitations offend your sensibilities, articulate why without appropriating the unique context of black North American history for your convenience. 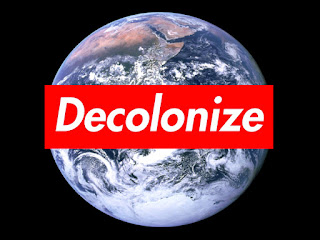 Halloween costumes are created and worn to elicit three reactions: sex appeal, respect for artistry, and humour. North American obsession with 'the funny costume' is likely a result of humour being the least embraced motivation of dress in everyday life. With the broad uptake of 'the funny costume', humour's relativity manifests in a vicious politics of Halloween.

Costuming that mocks social characteristics (race, gender, religion, ability, poverty, etc...) is not acceptable. Neither are costuming practices that re-create themes of historical racism and disadvantage. Difference and disadvantage are not fodder for jokes. "Drunk Indian" and "suicide bomber" are obviously racist costumes because they mock race, religion, and idigeneity. But what about when a costume falls short of mocking and only imitates? And what if that imitation is specifically to represent a fictional or historical figure?


Culture as costume is a shitty costume. I may not call you racist, but I would call you lazy. "French" or "Japanese" or "Native" costumes that aren't satirized or fetishized just state stereotypes with no punch line. It's like walking into a new mixed crowd and saying "so, I hear Asians are good at math". You're likely not a bad person, but you might be hella awkward.

I have absolutely no problem with character costumes (cosplay). If you love Mulan, be Mulan, but again do so in a respectful way that doesn't mock or fetishize an entire group of people. 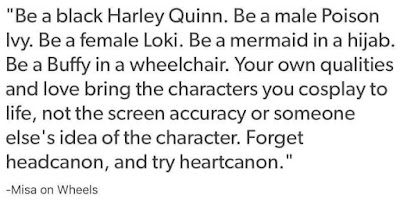 Cultural appropriation is a neutral process wherein discourses are re-created without concern of origin by and between distinct groups of people. There are both positive and negative outcomes from the spread of democracy to corporate plagiarism of indigenous designs. The clandestine nature of cultural appropriation is why the intent of a costume must be interrogated, and why I choose to zero in on culture costumes that mock and fetishize.

Zealous critics of cultural appropriation overreach and end up committing the 'isms' they decry. Caitlyn Jenner and "transface" drive the problem home.

In 2015, the Caitlyn Jenner costume call out misplaced transphobia. The camp saying you just shouldn't do it refuses the possibility that anyone could want to dress as CJ without out intentionally mocking her. While I don't really like CJ, I assume someone must. Ignoring this possibility reduces the inaccurate context to "dressing as Caitlyn Jenner is de facto transphobia".

Further, It's totally OK to mock celebrities for their own shortcomings. There's a line, however, when celebrities are mocked for their arbitrary social characteristics. If you genuinely appreciate CJ, or if your costume is smart enough to mock CJ for something other than her gender diversity, give'r.

CJ has said herself that she's not offended by the costume kits that were sold. So we have a situation where the group of people denouncing transphobia are actually enacting it. Activists denied CJ full participation in her celebrity status solely because of her transness.

The difference between a lazy costume and a racist costume is intent. Culture costumes are not carte blanche for toxic call outs; they are a starting point for a complex dialogue about colonialism and power relations.