For Clarity: A Biopolitical Diary Entry

May 05, 2017
I haven't written in so long that it actually disappoints me. I accept my struggle with balance; I tend to pick one thing and do really well at it alone, and for the last six months that was working 40 exhausting hours a week at Cannabis Culture in Toronto's Church-Wellesley Village. 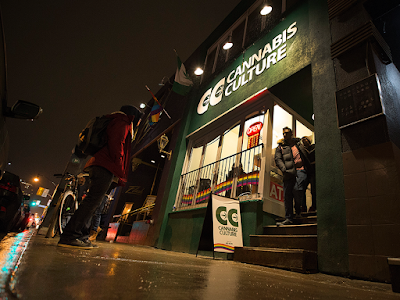 An early November afternoon, I handed Marc Emery a resume tailored to the Prince of Pot. Unexpectedly, I was hired for a trial shift that day and spent the next six months selling cannabis for recreational use in open defiance of prohibition laws.

Officially, I was a budtender, though that's getting punched up to "CSR for special retail" on the resume. I can't tell you how many times I heard "you have the coolest job ever".  Straight up though: budtending is exactly like bar tending, sub weed for booze. I don't love customer service, but I like weed and money! It was my most memorable job to date, certainly.

I know a lot of words, and none of them in any combination can speak to how much my life changed over the course of my employment at 461 Church Street. I landed in Toronto June 30 on the final leg of what would be a two year stint informally housed. With stable income and welcoming work family, Toronto became home. Do not take any of this as a love letter to Toronto; the feeling is tenuous.

Comforts of home burnt out for me a while ago. It hasn't been New Brunswick for years; I doubt I'll spend more than a few weeks in Sussex the rest of my life. Ottawa lost its luster after 9 years too. As I hit my late 20's, I fell out of love with Ottawa's double lives, zealous partisans, and golden handcuffs.

Working at Cannabis Culture was unique. I was day staff and immediately realized the stream of humans at the LCBO was as diverse as the stream of our customers. Blatant wealth and poverty were on display at 461 Church, as was every other facet of life. Being nimble at working across class and cultural differences made some of us better at budtending than others.

I need not recount the history of dispensary raids that put me out of work, but know that I've had some time to consider my options the past couple weeks.

Clarity is priceless. I learned this young. Thinking an option through is far more important than acting immediately, despite any pressures otherwise. Without a job, I was imploding trying to figure out my next move. For the first time in my adult life, I have enough money saved that I can comfortably investigate self-employment prospects.

These prospects were dizzying. I don't mean that in a self-congratulatory sense; I mean that I made myself sick with consideration. The pressure I was putting on myself to act quickly was too much. Days of stressorexia preceded me getting worst stomach flu of my adult life. Through the anxiety and illness, I researched a cannabis business proposal that would have made me a millionaire quite quickly, and then I decided against the whole plan. 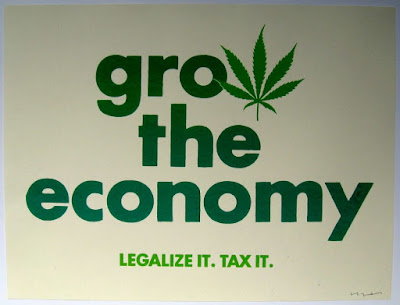 The level of completion at which I walked away from the proposal frustrates a lot of people. It felt familiar to me, but more imortantly, it felt right. The other time I felt this was withdrawing my PhD acceptance. Something, in this case horrible physical illness, prompted me to identify and purge disingenuous internalized classism.

So how much had I done? I took an online cannabis studies program, I incorporated & trademarked, I did all the sales projections, I listed all the community partners, I found the site's investment package from it's receiver, and I shortlisted three of my most trusted friends to ask in on it. I did everything short of typing it up.

The pitch was to re-purpose the abandoned Sussex Mall in Sussex, New Brunswick for licensed cannabis production. Conservative sales estimate was 16 million dollars per year. I still get a pang of excitement thinking about the potential of the idea, but I need to smother that shit with reality.

I would be rich, but would I be happy? The answer was: not for a few years. Life would suck until I could walk away and just cash cheques.

Minus one: my relatives are batshit crazy, and I'm not in regular contact. If I was going to pursue this opportunity, I would be in town just in time to see my brother stand trial for assaulting my mother. Uhhhhhhhhhh.

Minus two: I'd have to give up film school in September. Check myself. I'm already on the path to the life I want. It took one of these fucking epiphanies to get here.

It sounds like an MTV commercial, but it's a really useful consideration. I'm an artist. I want to create until I die. I would rather die making culture than making money. I can figure out wealth after I figure out happiness.

Working in weed is the first time I've ever been tempted to "sell out". By "sell out", I don't mean "environmentalist takes job at Shell". I mean on an existential deviating from my intended path to happiness for money. I have path, and I flirted with a less certain possibility of happiness via wealth.

Wealth can buy a lot of things, but time isn't one of them. I have dreams and creative goals that money doesn't advance. I've always wanted to be a meaningful force in cultural production and a lawyer, specifically a jurist. My dream job is at Netflix, and I plan to combine my interests practicing entertainment law later in my career.

I love weed, and I love working in weed, for now. I don't have the technical skills for the life I want, but I will. 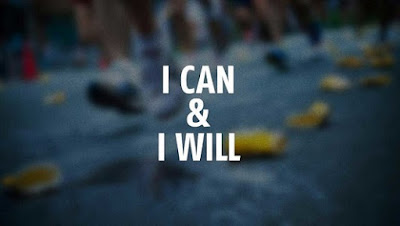