From experience, I tell you that there is mounting pressure for queer and gender diverse men to abandon condoms. I didn't have the words to express my discomfort with this phenomenon until recently, and I need to name and shame the dissuasion I've experienced adhering to condom use while participating in hookup culture. 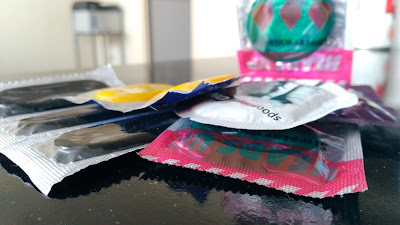 I want to start by saying that I've been grey raped. I was consensually having sex until I realized that he didn't have a condom on. Condom use was discussed and expected, but that wasn't the idea this guy had. I was consenting until I wasn't. The conditions of my consent were not being met, but I assumed they were because of intentional deception. After the panic attack stopped, we proceeded to have sex with a condom.

That hookup will never leave me. It made it hard for me to relax and trust that my conditions of consent will be maintained with new partners.

They call it stealthing, and I'm happy Canadian legal institutions have identified this deception as legal rape. If stealthing is rape, then condom-shaming must be rape culture.

Advances in treatment and prevention of HIV have emboldened men to expect and demand condomless sex. We are witnessing a fundamental shift in the conversation about condom use between queer and gender diverse men.

We're in a culture war largely being fueled by PrEP. PrEP is pill-a-day prevention regimen prescribed to people at high risk of HIV contraction, it is not a substitute for condoms, given that it protects against no STIs other than HIV.

Whenever we write "only", we ought to reflect. "Only" is exclusion, and you should be sure who you want to exclude and how you're doing it.

In addition to rape culture, blanket exclusion of condom users reinforces classism and ableism. The ability to demand highest risk sex activities is a position of privilege. Many people (especially in the US) are too unhealthy or too poor to desire the risk of sex without condoms, but no one needs a reason for demanding condom use.

False. Consent is a right, and unsafe sex is a preference, condoms were the original HIV(=), and super-gonorrhea is not treatable by any known antibiotic.

By all means, select partners however you see fit, but it we're calling in/out the racism & femme-phobia of hookup culture, let's talk about the ableism, classism, and rape culture of condom-shaming too. 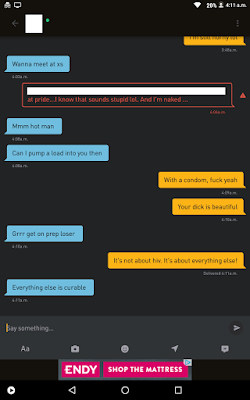 I tried out a monetized site for this post, but the company (Vocal Media)  is VERY misleading and exploitative to their freelancers, so no more.