December 31, 2018
2018 deserves this backhanded love letter; it will be remembered, but not missed. It was a year of unique growing pain, the pain of growing roots and wings at the same time. It was work and worry and war, but holy fuck is 2019 full of possibility because of it. 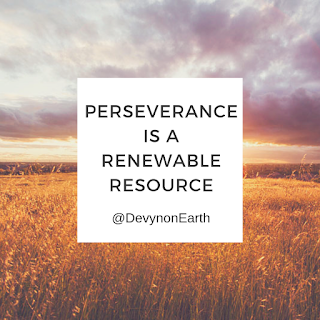 This year, I tore up my Toronto life and re-potted in Ottawa for a stint at Algonquin College in Regulatory Affairs. I've reconnected with some great people, and I'm in love with the city's natural features.

Coming back to Ottawa was a weird experience. I'm not the same person I was the last time I lived here. My former self was concertedly extroverted. Duped into believing volunteering had inherent value, I was a much more patient team player than I am now. Committee and club meetings dotted my calendars, and the idea of community organizing didn't make me seeth.

I like a city with something to prove. At its worst, Ottawa is a deaf preacher. Class expectations shape Ottawa life more normatively than they do in Toronto. Ottawa is fitter, whiter, and dressed more standardly. The problems they tend to solve here are problems a lot of us aren't privileged to have. The Ottawa way is unprincipled compromise and soft hypocrisy.

On a good day, it feels like it city hugs you back. Duty and decency are custom. A few minutes walk separates waterfront solace from cosmopolitan bustle. It's a city of thinkers and doers, but the stability of federal government employment imbues as much complacency as optimism. Typical Ottawans are oblivious people of principle marching in a slow parade headed in the right direction.

I liked "being involved" until it became too much. In reality, putting myself "out there" doesn't come naturally. I've become frugal with my time and dedicated to my health. At no point has my commitment to activism waned. If anything, it has sharpened. Art, high-impact policy interventions, and radical authenticity make the world tangibly a better place.

Donald Trump was elected since I last lived in Ottawa, and the Liberal Party culturally re-ascended to the city's ruling class. How politics are spoken of has radically changed.

I didn't personally understand what Steve Bannon tapped into to get Trump elected until I came back. There's a segment of small-l-liberal-groupthink-douchebags who are really annoying. They're the people whose participation in politics is charitable or careerist. They aren't driven by principle or survival, and some of them suck at their government jobs and still make six figures a year.

Inadequate consideration to socio-eoncomic constraints to participation plagues community organizing in Ottawa. The universities and unions have made mainstream progressives comfortable to the point of critical disengagement. Having a few bucks dinged off your paycheck for the United Way doesn't make you a good person.

I blame this uncritical comfort for the strange partisan pattern I've noticed. At Carleton, I had friends who were passionate about diverse Canadian political perspectives, and our differences were worked out over shots on a dance floor, but there's no physical space holding us together anymore. It's just been easier to keep my Green, Liberal, and unaligned friends within my recurring conversations.

The NDP feels hollow to me. They spat on the LEAP manifesto, emphatically rejected Niki Ashton's leadership bid, and have lost any core constituency they once represented. The only thing holding the party together is tradition. I'm truly bothered when deep progressive candidates who I want to support are convinced that what they believe in will be what the NDP asks them to bring to the door in 2019.

So I rekindled my choppy relationship with the Green Party. My political baptism was Green; 18 year-old me voted David Chernushenko for MP in January of 2006 and Green Party leader in August of the same year. The Summer after my first year at Carleton University ended with me volunteering at the 2006 Green Party Convention. I was in the crowd when Elizabeth May was elected leader; I was in the room that birthed the Young Greens.

It's nice to be among like-minded people, which brings me to my studies. Forever student, I've accepted it.

I had a harsh realization that the program I'm studying at Algonquin betrays my concept of education. Regulatory Affairs is compliance and licensing. I'm strategically still happy with my decision to enroll, but I can't personally recommend it. I'm not becoming a more skilled worker by taking this program, but I will have greatly improved career prospects. Coming from feminist academia, this context is totally foreign. My MA was entirely about becoming the best version of myself and trying to make the world a better place. Spending so much time on an unfulfilling education is grating, but I will suck it up for four more months.

The conversations I'm having at college are underwhelming. I got to avoid the "it's so hard to meet new people" phenomenon as an MA candidate. I was always around smart people who wanted to talk about serious things; it's what I miss most about academia.

The single greatest detractor to my happiness in Toronto was not having a peer group. I foolishly expected I'd find that at Algonquin. I did not. Thankfully, I'm friends with some great people in Ottawa, and the Ottawa-Centre Greens have been more than welcoming.

Returning to Ottawa as a more refined artist was also a trip. Being a club kid in Ottawa is lonely, tbh. When I go out in club-kid drag here, it's more for spectacle and barely about respect for artistry. That's its own reward, but again lonely.

There's no alterna-drag scene in Ottawa. I don't see people who woke up this morning and decided to tear the throat out of hetero-patriarchy with a hot glue gun at the bars, but I want to. I want to be so visually struck that I cross a dance floor just to compliment some one's look and talk about what went into it. I'd probably even thank them for coming. So if loneliness is what I have to pay for authentic visibility in this city, so be it.

The difference between "survival is hard" and "it takes a lot to be me" is attitude. This attitude is what I have Toronto to thank for.

In reality, my days left in Ottawa will not be many. I expect job prospects to take me out of the city before the Summer. I'm typing it out here as a first step of making it happen: my dream is to get a good job, move to Kelowna, and reunite with my bestie who's been in Switzerland for 2 years. We're meant to be mountain people. I can feel it.