Canadians have an expectation of intellectual labour from city councils, but in Saint John, this expectation eroded over a generation of poor civic engagement. Councilors got elected on egos and platitudes, and the municipal legislative agenda devolved to whining at other governments rather than improving Saint John’s own governance.

The rest of the country incrementally raised their expectations of municipal politicians over the past decade, but Saint John excluded itself from this evolution. Pandemic and heartbreaking racist police brutality forced us to our present inflection point. We’re barreling towards the conclusion of a layered power struggle made raw by a years of westward brain drain and substantial waves of student, worker, and refugee immigration.

We’re living a demographic collision between zoomers who speak in outrage and denouncement and boomers who don’t adequately conceive their responsibility to build a radically better world. On all sides, negative politics is a problem in Saint John. Given the culture of governance by complaint, engagement by complaint is the natural evolution of public discourse. See Saint John Twitter.

That’s why Wayne Long and Don Darling feel bullied. All of a sudden, they’re being held to a higher standard by people who don’t support them. After the first Twitter decade went silent in Saint John, the expectation of Saint John City Council evolved in a matter of months what other communities wrangled over years. 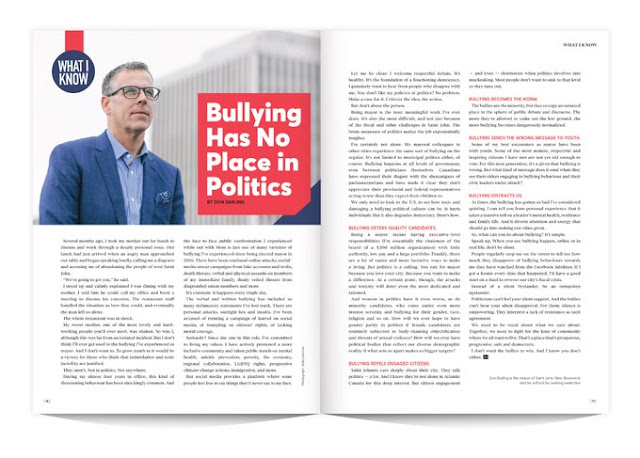 But what these white dudes are feeling isn’t bullying. They’re feeling a redistribution of social capital away from privilege they’re accustomed to.

Wayne and Don perceive themselves as good at their jobs, because privilege. They aren’t.

The two politicians grasp precisely half of their jobs. They’re good community representatives and useless legislators. The bar for Saint John politicians is so low that governance by complaint looks legitimate. It is privilege that allows these men to take responsibility for their intentions instead of their impacts.

The SJ Twitter mob needs to understand their own privilege in public discourse too; anger is not impact and conflating the two detracts from progress. For officials and observers, the challenge of public policy making is to create solutions to be passionate about.

Don Darling has responded to calls for municipal action on racism with an ill-conceived motion for council to offer gestures of support for the writing of new federal crime laws against acts of racial discrimination. This proposal is a distraction.

He’s intentionally derailing the conversation of defunding the police. Instead of taking action on any of the 27 policy proposals BLMTO published democratically and in consultation with experts, Mayor Darling cherry-picked a policy he could swallow: ask someone else to fix racism.

Even if criminal law was a municipal jurisdiction, it’s an awful idea. Let's obliterate the logic behind making acts of racism a crime.
At best, carceral anti-racism is lofty retribution. At worst, the proposal is a pretext for censorship, fascism, and alt-right White identity politics.

It’s all smoke and no fire, though. Advocating this motion did not require Don Darling or Wayne Long to evolve their personal understanding of their own institutional and personal stake in White supremacy.

I object to the consideration of the Mayor’s motion as a rebuke for derailing the conversation away from defunding the Saint John Police Force. If we’re going to ask another government for a lofty solution, we ought to ask for hope. Only one person at the BLM Saint John rally spoke in favour of carceral anti-racism, but there were lots of signs demanding a universal basic income and police abolition... 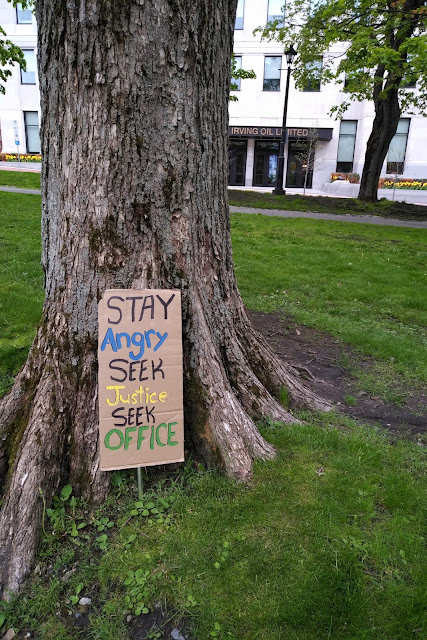