March 01, 2022
I debated between two possible titles for this post: "Crisis of Faith", which I went with, and "Dying Charred Bird" that I decided against. 2021 was the year I wondered: "how long is a phoenix a dying charred bird before it's reborn? And does the carcass smolder to cold before exploding reborn?"

See I do this torturous thing where whenever my life starts to really suck: I isolate myself until I feel like I have control back over my life. Every time I write after a break, I'm like "hi, yeah I'm good, but holy fuck have I seen some shit." This is a story about faith lost and hope found.

In stylized optimism: it was a time to cauterize and rise. 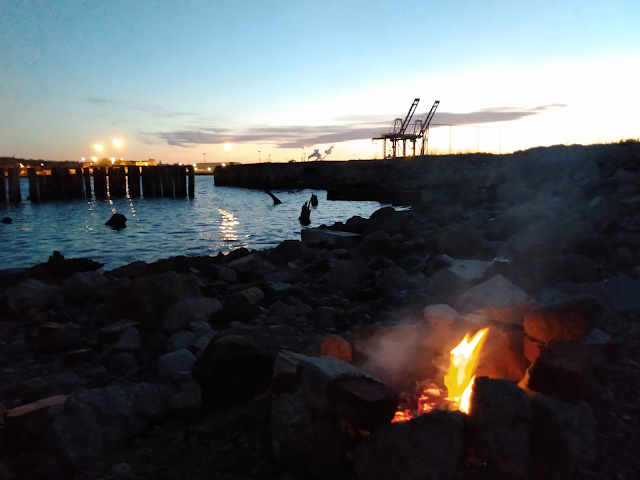 2020 was actually a great year for me, comparatively. I left a toxic job that was the biggest professional disappointment of my life so far. I was super fortunate that my departure lined up harmoniously with CERB's launch. Skipping the most intense of COVID restrictions, Atlantic Canada was briefly the envy of the nation. I adopted Cedar and Helix, and I made my apartment feel like a home.
*Glosses over volumes of bad times*

After my departure from the Green Party of New Brunswick, I realized I was carrying someone else's hope and someone else's duty for the place I was born. It had been repeated back to me so many times it felt like my own. The connection I felt to New Brunswick waned, so did the obtuse disdain for Ontario that seems to unite Maritimers. I was wrong about how a place and a people related to me.

Professionally, culturally, economically, I find New Brunswick inhospitable. I do not mean that there is a lack of traditional hospitality; I mean there is no conscious effort to create environments that maximize human development across categories of difference.

In business or politics, I would need to build from the ground any institution I wanted to seek leadership within. There's no party, no charity, no coalition, no government commission that I believe in here - except one, details forthcoming. I'm isolated in and by my category of politics, place, talent, and willingness to act. I find myself constantly infuriated by car dependency and the impossibility of earning a creative living without travelling all over the Maritimes.

Gender minority excellence is completely off the radar. There are no trans or nonbinary people in New Brunswick openly leading lives that an average cis person would be jealous of. People here still hold the opinion that if you come out you're "accepting a more difficult life".

There are some really great progressives in New Brunswick, but they're divided, disorganized, and woefully outgunned. I don't hate this place, but I don't owe it anything.

I had a Quebexit planned, but it died quietly by what seemed like a thousand cuts. It really died because the plan was motivated by running away from Saint John, not towards Quebec. The effort:motivation math just gave out. I would have fled to struggle and impermanence had I made that move. Not entirely unlike my present arrangements, but I have my cats to consider now too. Their lives are much better not having Quebexited.

My life did smolder to cool at the end of December. I spent the first 24 days of the month writing an advent blogging challenge of daily policy briefs to rekindle my sense of self and ambition. Mostly, it was hella effective at tuning out the holiday season.

As the year ended, I felt purpose and hope. I was inspired to get back to a life I could love, but the details were scant.

I knew I needed to live in a place with strong public institutions. I knew I needed to use my professional time doing non-abstract labour that I find meaningful. My mind wandered into provincial capitals, university towns, and foreign countries.

The deep disappointment I have for public affairs in New Brunswick made me go soft on Toronto. When it rains, Toronto is Gotham City. It's hard and mean and dirty, but Toronto is a legendary beast. No one is too good for Toronto. You can hate most of the city - I hate most of the city, but there is something for everyone, and it is the most powerful place in the country. 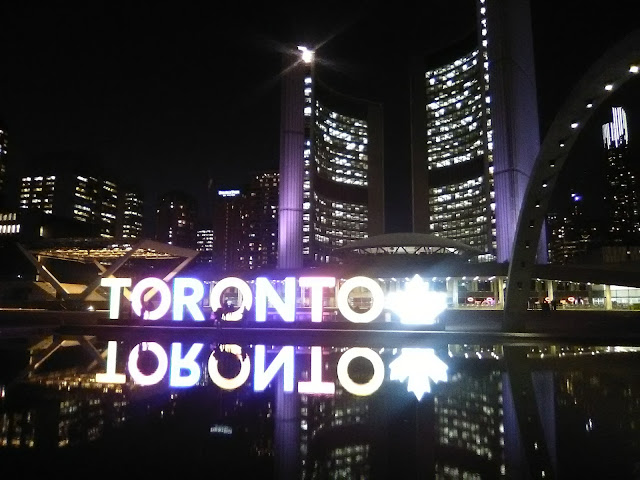 Let's circle back to that one institution in New Brunswick I have faith in: the law. Problem: Law Societies and judiciaries are scrupulously elitist and gated by design.

I've wanted a legal career for as long as I can remember, but the cost of law school in terms of days and dollars isn't reasonable at this point. I'm not sure what the spark moment was, but I flashed back to a drunken conversation at my friend's wedding 2 years ago, and I was resurrected. The bride's sister is a paralegal in Thunder Bay and was telling me about the scope of practice paralegals have in Ontario and nowhere else in Canada.

The Law Society of Ontario licenses paralegals to practice in a limited, but still huge, scope of law. Most visibly, Ontario paralegals provide counsel at the 13 provincial administrative tribunals and municipal by-law proceedings. 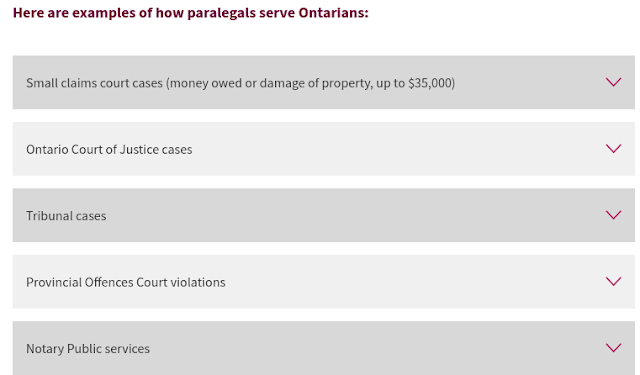 Take a second to think about what it means for civic engagement that Ontario has licensed paralegals. Licencing paralegals cuts two thirds of the administrative barrier for participation in judicial processes. There are 20 year-old members of the Law Society of Ontario, pumping youth and new ideas in the veins of provincial institutions. Public administration is broadly valued as a skill and area of research.
I'm engineering an unavoidable "voting with my feet" return to Ontario. There's only 1 province in the country that will give me a license to practice law in 1 year for <$5k. Place-based identity politics dissolved, the only thing I actually hate about the political entity of Ontario is that Catholic schools get public money. It's not like they're the only province that keeps electing inept governments.

I recently accepted my offer to Fanshawe College's 10-month Graduate Certificate in Paralegal Studies. As much as I love the city of Ottawa, I didn't bother applying to Algonquin for a few reasons. I've had the Ottawa student experience, and it wouldn't be the fresh start I need in my life. The campus is nowhere near the part of the city I'd want to live in, and Ottawa has a huge classism problem that I don't want to find myself oppressed by. I wouldn't move back to Ottawa without an indefinite job offer.

I do intend to get a full law degree, but I'm not in a rush. Part of my evolution through isolation was realizing the importance of getting to the table where my voice can matter most. Ontario has 5 paralegal Benchers - members of the governing councils of Law Societies. In Ontario, that's 20 lawyers from the GTA, 20 lawyers from the not-GTA, 5 paralegals, and 8 citizens appointed by the Ministry of Justice. Bencher elections run every 4 years with the next happening in 2023. I won't have my license in time to run, but I intend to seek a paralegal Bencher seat in 2027.

My faith in the Rule of Law is far greater than my faith in Canadian democratic institutions. Consider this an explicit expression of disinterest in running for public office for the foreseeable future.

So what's a faithless elector to do? Go west.
London's calling. I like London; I've been there a handful of times, and I have 5 or 6 friends there. It's got all the right ingredients for a settle-down city. I'm not saying that permanence is my goal there, but it'll certainly be considered.

I could be erroneously accused of only being happy when I'm leaving. The accurate explanation is that I'm only happy when I'm moving, and it has been difficult to find a place to rise from indefinitely. I see no reason for my untethered soul to bind to a place where it takes more to be less.
*** 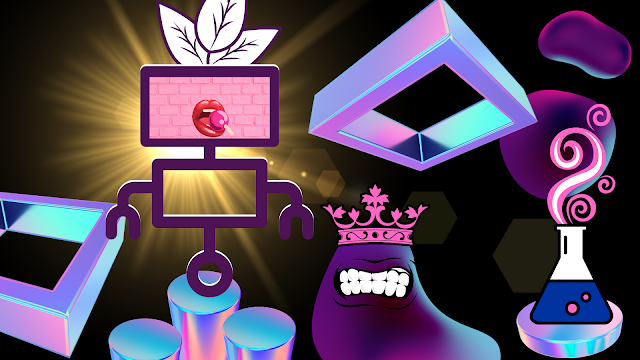