Advent policy briefs are back for a second iteration - check back daily until Christmas Eve for 24 more pitches to make the world a better place! You can see the first set here.

I start this daily blogging challenge with an unpopular but hardly controversial take: cancel Summer breaks for students and politicians.

The practice of Summer recess originated from necessity. The kids needed to be home to work the fields or there wasn't going to be enough food to last the Winter. Food production became a year-round affair and children's labour was divested from agriculture, but Summer recesses from school roll on.

In politics, Summer recess is the part of the year set aside for constituency work, figuratively known as the barbecue circuit. This tradition was too born out of necessity. Canada is a huge country and representatives from the coasts would have traveled days if not weeks at a time between Ottawa and their home ridings. 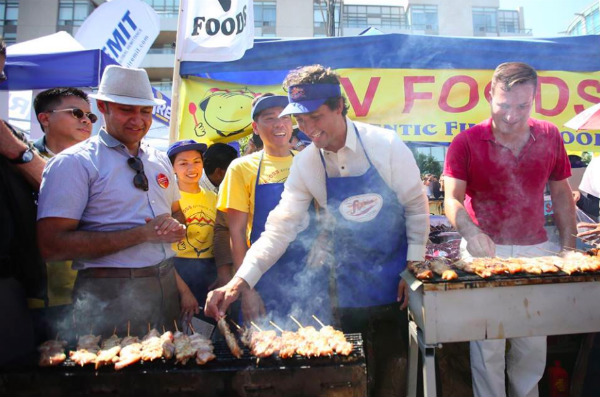 Cultural and economic institutions were built around the predictability of Summer: student labour will be available, young children will need care and development activities, and where class and capacity permit, Summer is for recreational travel. These conventions are at present the only reason Summer is a recess for students and politicians. The masses buy into the neoliberal allegories of vacations and sleep-away camps.

Nixing Summer breaks is the sensible thing to do. For families with school-aged kids, life would be much easier with year-round studies. Low-income parents have to scramble for Summer arrangements, so their children can be minded while they work full-time. Further, families may be making ends meet receiving food support administered by schools. Summer complicates family budgets in many stressful ways.

After students graduate high school, they might spend an entire 12 months of a 4-year degree in Summer breaks. I'd rather approach post-secondary studies with prudent impatience.

Finally, I point to grim wisdom from climate studies. Seasons are increasingly unpredictable, and unhinging our economy from seasonal presumptions will become necessary. Adapting to this reality early can create speculative advantage among international actors.

The idea of cancelling summer recess for students and politicians is not controversial. It is, however, existentially unpopular among influential opinion leaders. The photo ops and fundraisers of Summer are integral to re-elections strategy, and teachers unions would balk at giving up Summer vacations.

I can hear the right-wing populist spin too: "They're coming for your vacations".