December 03, 2022
Housing equity is not solely a supply-and-demand problem; it's a distribution problem.
Fundamentally, the rental crisis can't be managed until non-market housing can genuinely compete with private market rentals and force their pricing to drop. It's not just the short supply of housing at issue, it's the ratio of disproportionate private control.

No Canadian should be homeless, and I'm willing to commit to changes that will make that a reality.
For my 3rd Advent Policy Brief, I insist on an economy where private landlords reel themselves in competing with listings from housing cooperatives, non-profits, and municipal corporations. Public institutions can entrench the goal of achieving 50% non-market rental housing and launch a battery of strategies to get it done.
To achieve that ratio, it's inevitable that privately-owned rental complexes would be de-marketized. I implore provincial governments to enact a regulated pathway whereby tenants associations can democratically self-organize and claim collective rights analogous to those in labour unions.
A certification process equivalent to a union drive would be necessary; imagine a group of tenants:
They see a flyer or web ad about organizing a certified tenants' association. They visit the website and print all forms required for them to self-organize. They easily pass participation thresholds for certification, and they submit all necessary documentation to the minister of Municipal Affairs and Housing, currently Steve Clark.
Shortly after, they receive certification letters allowing them to open a bank account and sign contracts. That certification letter would also entitle the tenants association to acquire the property they represent at a fair market value established by an independent party.
In compliment to these new powers of acquisition, the federal government needs to have a sizeable fund available to pay for certified tenants' associations buying out their landlords. I call this approach "organize & acquire".
Organize & acquire is shamelessly a socialist housing policy. It stands in stark contrast to the status quo position that the solution to the rental crisis is building more units and doing so quickly. Left-leaning NDP and Green Parties capitulate, but they insist on a greater portion of these new developments becoming "affordable housing". (I added scare quotes because it's a floating definition)
The things NDP and Green politicians want built are:

These are all good things, but they're pissing on a wildfire. Housing policy should be re-distributive. 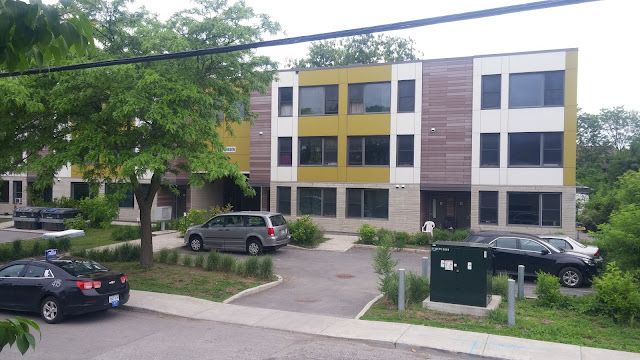