RE: The Quiet Truth From #GGI: Lower the Voting Age.


The Quebec student strike has made evident the underpinning crisis of intergenerational inequality that characterizes the contemporary Canadian economic paradigm. Concerning this tension, the media too often and largely inaccurately invokes ideas of entitlement. (Great response to said claims here.) To this I say: that by definition the nature of a right is such that no shame can be associated with its demands. If we are a society who values the equality of opportunity, we need to diligently re-orient our political and economic priorities toward a model of robust public service that is effectively matches talent to appropriate work. Quebec students have a reasonable request: to live in a society organized by merit rather than wealth, where talent is the only barrier to success.

Among the lessons we need to take from the so-called “Maple Spring” is that intergenerational inequality needs to be bridged as to craft a politic entrenched in respect and justice. One of the fundamental disconnects between youth and older generations are that there is no onus on the provincial governments to empower youth political participation.

So long as youth are disenfranchised by their inability to vote, self-serving politics will continue to repress youth voter turnout and create campaigns that will be palatable to the largest voting blocks. Once majority is attained (or consent is manufactured if you prefer more jaded language) politicians get to tune out the public for 4 years and govern as they see fit.

There is a way out of the seemingly perpetual dance between ignorance and apathy. Much like the mantra of the striking students, accessible education is the answer. In fact, it’s why I believe that Quebec activism is more spirited and accepted than in the rest of Canada. That Quebec students are privy to CEGEP and lower university fees compared with other Canadian provinces; this has meant that a larger portion of their population has become capable of articulately engaging conversations of economic and social priority.

We have silenced the voices of millions of Canadians, and feigned ignorance of why youth don’t vote. If the voting age in Canada was lowered to 16 year of age, school-aged children would become a pocket of votes for prospective governing parties and candidates. New initiatives to engage youth in political conversations would penetrate school programming, and the general political knowledge of the population would greatly increase. Ideally, our nation should be producing, rather than just workers, high school graduates who are capable of critically evaluating public decisions.

Largely, activism is a project in consensus building. Habermas’ famous sociological inquiry into the public sphere noted that the public sphere was in perpetual flux balancing of the number or contributors to and the quality of public discourse.  This realization foregrounded the nefarious intent motivating voter suppression; the notion that power is better than justice plagues every inch of Canadian politics. No better example of this exists than the acceptance/encouragement of youth voter apathy.

Education in Quebec is more understood as a right than anywhere else in Canada. Students there are not burdened with tuition fees so high as to create the belief that the service they are buying is too valuable to boycott class in the name of equal opportunity.

I am truly inspired by what the Quebec student strike has accomplished. The Maple Spring is everything Occupy Wall Street wasn't. They have democratically elected (and effective) leadership, they have reasonable demands, and they have the moral high ground.

If the Canadian voting age was 16, the Maple Spring would have seeded outside Quebec much more effectively. 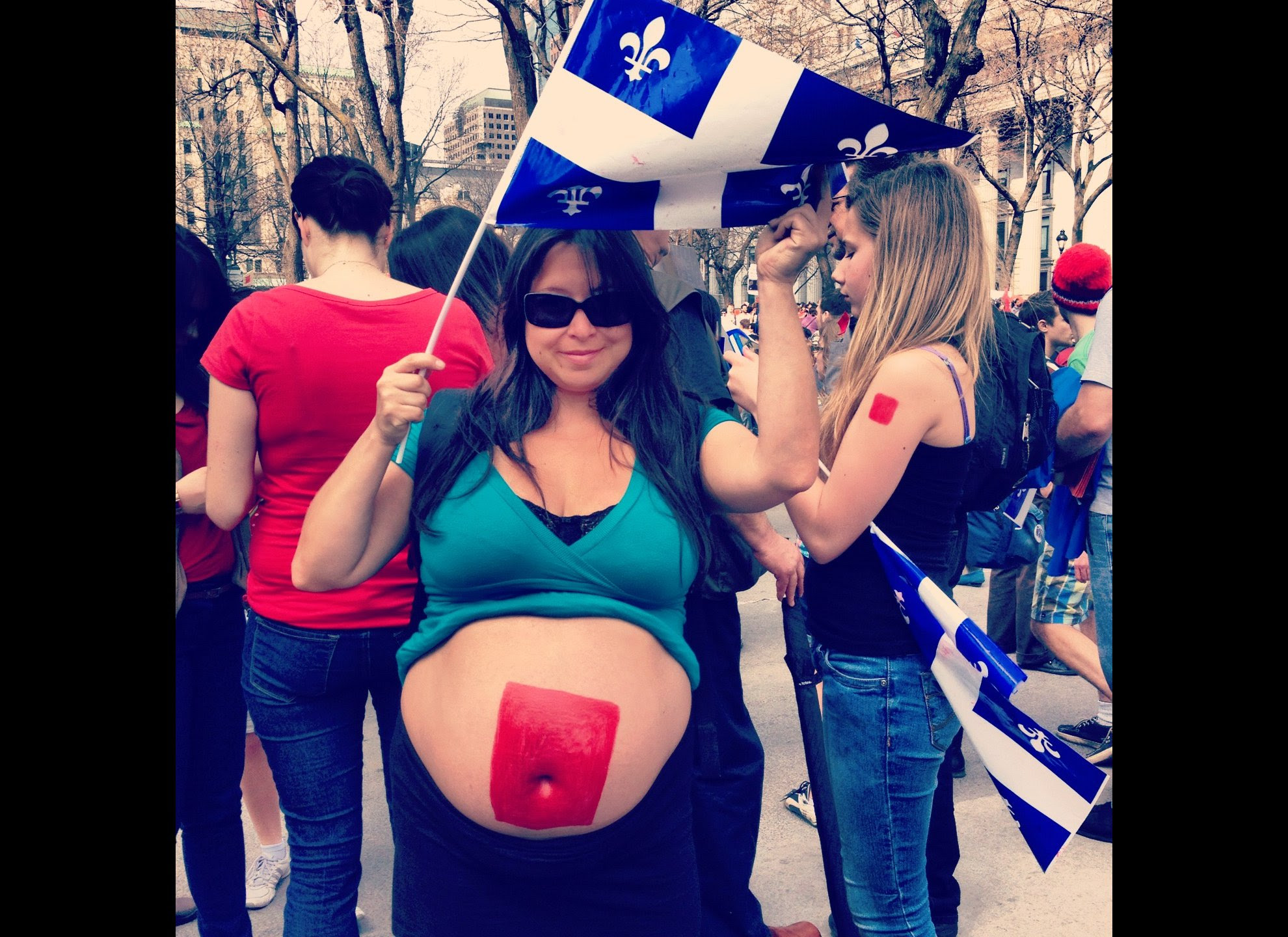