I find myself at a natural ledge facing a familiar choice: grow roots or grow wings. What's different about the choice this time is that I'm at peace with either option.

Saint John is the small industrial city where the Wolastoq river meets the Bay of Fundy. My detailed rundown of the city deserves its own post, but know that it boils down blasé optimism for the long long term (repetition intentional). The generation who never knew Saint John before the internet will age into power and aggressively undo the city's greatest flaws. I don't need to be a part of that, but I could be.

My arrival in Saint John was 6 months before COVID. All the dreams and plans I had for 2020 had to be reimagined or let go. I wanted to run for the Green Party of NB, we know how that turned out; I wanted to move to Sussex, 0% vacancy rates across southwest New Brunswick. I wanted to move during COVID while C(E)RB was a proof of income, but unless that move was within the province, that would mean moving in 2 suitcases with 2 cats.

For probably a month, I decided Edmundston could be an option, but that plan was the victim of too much time for consideration. I chose it because I wanted a distinctly French environment without leaving the province. Edmundston and Campbellton stand out to me as communities that can achieve excellence leaning into their futures as GNAR cities (gateway & natural amenity regions).

It was a manageable plan to move to Edmundston, but it wasn't a long-term fit. I don't have a reason to be there specifically other than natural appreciation. I could be happy for 2-5 years perfecting my French, but then I'd be wanting more. While beautiful, Northern New Brunswick is not engaged in social research and public critical thinking like Quebec, Montreal, and Ottawa. If I wanted my fullest life, I would have to travel often to core cities. 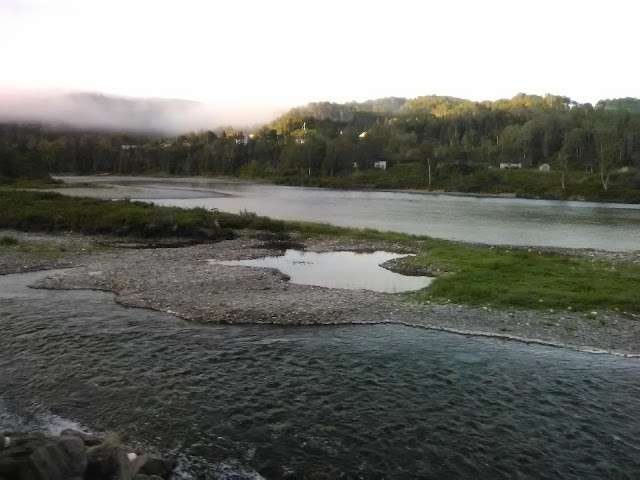 Restigouche River, New Brunswick/Quebec border
I don't hate Saint John, but I do have some disdain for the Central Peninsula, where I live. Cut off from the mainland by four lanes of highway, the Central Peninsula stacks status symbols next to flagrant poverty and is held up as the best part of the city. If I stay, I will swear allegiance to the underrated North End, whose path to planned excellence is much more obvious than any other part of the city.

I'm trying to avoid a "move to move" by landing in a place I could feasibly stay forever. I'm educated and on a month-to-month lease. Requisite mobility is my curse and my edge.

I still have too many feelings about Ottawa to move back for anything other than advanced studies, a staff position at Carleton, a job with one of a specific few non-profits or a post-Annamie Paul Green Party. The reality of my network is such that the logistics of moving back to Ottawa or Toronto are much easier than completely fresh starts. I'm not actively pursuing options in either city, but I'd be happy to return Ontario city life for a good opportunity in either. 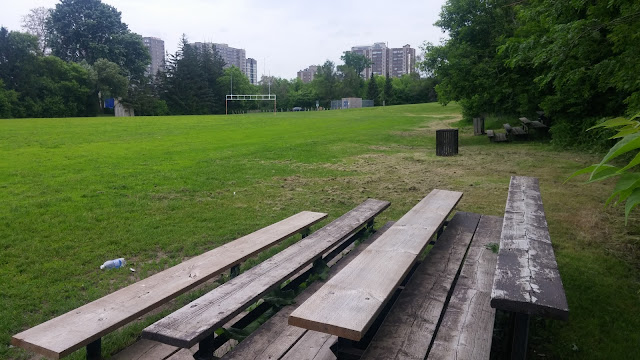 Robinson Field, Ottawa, Ontario.
I'm concertedly looking at gigs anywhere in New Brunswick and cities across the country. Moncton, Sackville, and Fredericton have some relevant postings, and I keep referring to those as "not having to move", which is patently false. I would, just not out of province.

Yellowknife is the only place aggressively hiring that I actually want to live. My life imaginings previously singled out the climates and scenery in Thunder Bay and Yellowknife as settings that I could flourish in. I despise hot summers and don't mind cold winters. I see it as Ottawa Winter x Saint John Summer. I do have concerns about the bugs, though. Far inland, the two hub cities are on stunning giant lakes that I'm told "feel like oceans". I would like to test that observation. There's a lot of upward career mobility in Yellowknife for public servants, and the city is walkable size, so I could go on living car-free, which is important to me.

While not counting on it, I'd be thrilled to land in Thunder Bay...or Montreal, or Vancouver, or Victoria. You get the drift. I have 25 days for my pan-Canadian approach to stick before I'm desperately seeking local minimum wage labour. I have to more seriously look at prairie cities. Maybe Edmonton is my settle-down city, against all odds? Janis Irwin is a goddamn hero, & it's a million people, so it can't suck.

Creative productivity has been a bright spot of 2021. I'll be setting up a store to sell artwork in the next few days to sell 20 original pieces. Prints of drawings and digital reproductions will be added to the items for sale shortly thereafter. I need a couple days to figure out packaging and shipping before I list them online. The artwork needs to packaged by quality materials that match their value and will remain secure shipping.

Anyhow, all this is to say that I plan to move at the end of August. Whether that's to the North End of Saint John, the Northwest Territories, or somewhere in between is TBD. I'm trying to say I'm excited, but it's definitely edited terror.😬 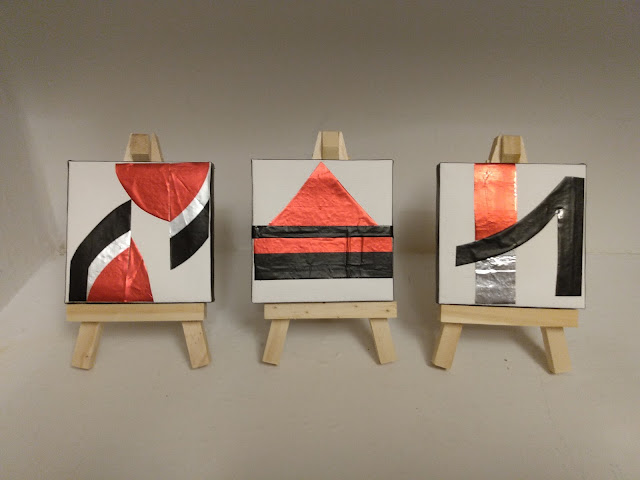