January 21, 2016
Maybe if you're related to me, then you skip this confession?

In the bedroom, wild is much better than mild! My approach to sex (and life in general) is that I don't want to bring any curiosity to the grave, and it makes no sense to spend time having sex that isn't great. 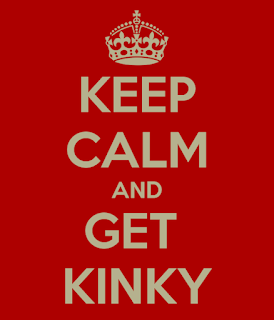 In Kinksterland, I'm a switch; I like being either dominant or submissive depending on who I'm with. I'm much more a hedonist than sadist or masochist, but I definitely have a few tendencies of both. I have the really fucked up idea that I should try to be the best sex all of my sexual partners have ever had. I already told the internet I've slept around my share, but I didn't get to the details of the fun stuff I do in bed. 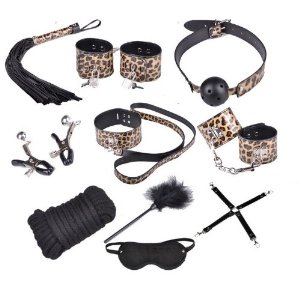 I'll start the oversharing with my preference against body hair. It's usually not a deal breaker, but less is more. Obviously, a list of demands is no way to improve a relationship (sexual or otherwise) between two people, but there are creative ways to make sure everyone gets satisfied. I've had some great times with erotic shaving. It's particularly practical foreplay that ends up being pretty intimate. I have mostly positive experiences with shaving as foreplay. The one thing I have to say is that you need to be aware of how your body will react to hair removal. If you're gorilla hairy and you blade shave for the first time, your life is going to suck after because of breakouts and ingrown hair. Trimmers are good options to keep in mind.

I use silicone lube for anal stuff. You can't really have it all when it comes to lube. Silicon lube is slippery and long-lasting, but it's really hard to clean up. It stains and doesn't wash of skin easily. I have sensitive skin, and if I don't get silicon lube off my skin relatively quickly, I break out. (Pro tip: use dish soap) Water based lubricants clean up easily, but they aren't as slippery and may require re-application more frequently. If there's only going to be toy/manual sex, coconut oil is an option with benefits falling between those of water and silicone lubricants. Latex condoms are not compatible with oil based lubricants, so make sure you choose the right lube for your body any activities!

I wouldn't even be mad in the slightest if some of the aforementioned assplay was happening while one party was tied up. I'm definitely into bondage but rarely hardcore. I've done and liked hardcore play, but I'm more into "tie me to the bed and have me" than collars, hoods, rubber, etc... If I'm the one tied up, I don't like blindfolds or gags at all. I need to see and speak. I'm much less limited in a dominant role than an submissive one, but that's not to say I enjoy it inherently more.

Ongoing consent is an important thing to talk about at this point. Consent must be constant throughout sexual activity. That means whoever is restrained has to, at any point, be able to shut the scene down and withdraw. If the opportunity to withdraw consent is not part of a kink scene, it's sexual assault. Ongoing consent can look like a lot of different things: a safe word, a bell to jingle, a marble to drop, but it's a necessary part of any sex! I hate that I even have to type this, but people need to be conscious to consent too. 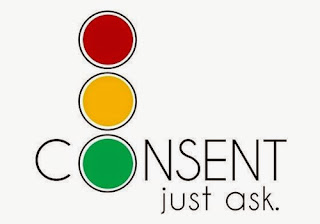 Having a conversation about consent before any sex is the best idea, but especially if you're getting into restraints or violence. When I'm restrained: no blindfolds, no gags, no means no. I'm an adult; I don't have issues telling you what's working and what's not. I like real words not safe words. I also impart that if at any point things cross into non-consensual activities, I have no reservations reporting them to the police. (Scary feminist win!)

If I'm performing a dominant role, I absolutely despise when people say "no limits, do what ever you want." It's dumb, and it's not sexy. It shows that the person can't communicate what they want from a sexual experience. It's one of the ways you can tell if someone is actually into kink versus just trying it out.

Last disclosure for this post is that I'm into pretty violent sex. Ideal sex for me is 60-70% sensual/passionate and 30-40% violence. So what do I mean by violent sex? Slapping, spanking, choking, rough nipple/genital play, holding down, hard fucking. I don't like providing submissive oral (throat fucking); I have awful gag reflexes, but I do like receiving.

Despite my tastes for bondage and S&M, I'm really not into leather or role play. I don't need to pretend someone's a slave or kidnapped to like what's going on. Role play is too contrived and disconnected from the reality of the sex for me to enjoy it. Leather is a casualty of my vegetarianism. Not really a political thing; I just don't like leather. Wearing dead animals as fashion statements just isn't my vibe. I own leather shoes, and I'm not consciously resisting leather, but I'd never mindfully support it. I'm a vegetarian who likes rough sex.

Harnesses are really sexy, though. I want one made out of like upcycled seat belts...Is that a thing? It should be.

I've totally tried way more things than I've written about here, but these are the kinks I keep coming back to.