January 23, 2016
Starting in the final 6 months of my graduate studies at Carleton, visceral anxiety attacks began derailing my life. They weren't consistent or equal, but they were and are a problem. In the most extreme cases my hands and legs shake, and I sweat. In all cases, my mind and heart race, and I obsess about a some terrible thought or feeling until I can snap myself out of it. While I have to admit that I do think about killing myself a lot when I'm freaking out, it's never something I feel has a potential to turn into action. It's more like a trap than a plan. For me, thinking about killing myself is just another deep dark hole I fall into like questioning my value, or measuring myself against unrealistic standards, or worrying about things that can't be controlled. My anxiety attacks last from 20 minutes to a longest of 8 hours.

The only time I found myself wanting to kill myself was in early 2012 during what's fair to call a major depressive episode. I did go to counselling, after a 6 week wait (:s), and developed effective coping skills. Looking back, I know my struggle in 2012 was transition into a painfully self-aware perspective. I needed to learn how to live chronically dissatisfied in this broken world without being depressed. 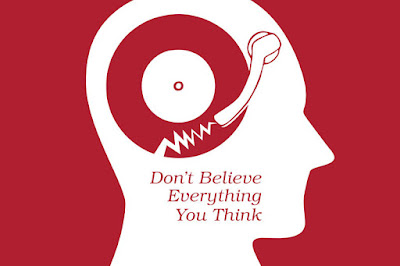 I can't say enough about bibliotherapy. Reading your way to resolve is a very powerful tool. Well, I'd assign more credit for the thinking that goes alongside that reading.

I'm an ontologically depressed gender non-conformist. It took me years of academic study to understand these experiences. Post-modern theories have helped me to articulate myself as incapable of accepting the way things are when the way things could be seem so obvious to me.

The German word for this feeling that I cannot escape is weltzsmertz, which directly translates into world pain. It describes the kind of feeling experienced by someone who understands that physical reality can never satisfy the demands of the mind and the anxiety of the world's social ills. The tyranny of binary gender is one injustice in particular that plagues me. My life is partly an exercise in surviving constant erasure and lapse in logic.

I'm pretty good at handling my shit. I know what zens me out (which includes pot; I'm not ashamed of this), but these activities don't really apply in social settings. I can't just withdraw from my life at will to go draw or take a bath. Social situations, especially family dynamics, are difficult because some people won't understand that withdrawing from from certain conversations or relationships is just part of surviving.

In January 2015, I decided I wanted to ask a doctor about medication. I was moving back to New Brunswick and would be signing up for a family doctor, so in my first conversation with this theoretical doctor, I'd hoped to raise my anxiety. I was never paired with a doctor during my 10 months in New Brunswick, and I never felt my experiences qualified as emergencies. I came back to Ottawa in November, and finally, I get OHIP coverage February 1st. I will be following up with a doctor at the turn of the month.

I want to use the rest of this post to talk about stigma and struggle. When mental health is considered solely as a medical illness, disabling social determinants are inadequately figured into approaches to support and remedy. We can't end the stigma on mental illness without also ending poverty. Dividing mental health initiatives from the pursuit of social justice is inadequate.

I choose to say "mental unwellness" or "mental struggle"in recognition that many more factors than diagnosis create mental struggle and human suffering. Unwellness/struggle help to deconstruct the binary tendency of medical authorities to group people as either healthy or mentally ill. 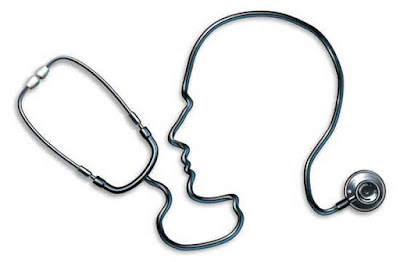 Neurodiversity is the concept that articulates individuals along a spectrum of neurological profiles with varying degrees of conformity to hegemonically defined norms. Neurodiversity aims to replace binary classifications of neurological profiles as either enabling or disabling by meaningfully incorporating the social model of (dis)ability into the disciplines of psychology and psychiatry.

Socially modelling (dis)ability and neurological profiles means that the unit of understanding becomes difference among individuals on a spectrum of possibility. Difference is not an inherent disadvantage; it is a factor that characterizes those outside norms as disadvantaged because of social context. Condition cannot disable without context.

Attention deficit and hyperactive disorder (ADHD) and autism spectrum disorder (ASD) are the common examples of the contextual disabling of neurodiversity. People who experience ADHD and ASD exhibit a difference that is disadvantageous only because of a set of expectations of human interaction and behavior defined in the most narrow of terms. The world wasn't built for these neurological profiles to excel, despite competencies that allow them to exceed expectations where neurotypical brains fall short.

Embracing neurodiversity as public health strategy means leaving behind the oversimplified de-politicized pathologization of mental health. This approach to mental health means we need to stop saying "you'd see a doctor for your heart, why wouldn't you for your mind" without taking responsibility for the policies and practices that exclude and disable neurodiversity. 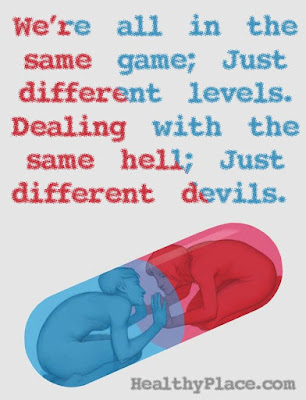