February 25, 2016
Once upon a time capitalism met a lovely disease named HIV/AIDS. Capitalism and HIV hit it off right away. And why wouldn't they? Together, the pair of fiery lovers ravage the corners of Earth. 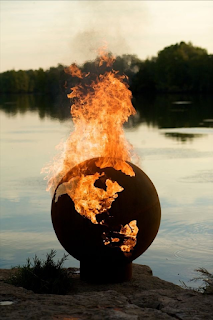 HIV is not the monster is used to be, but capitalism still is. HIV has once been cured via bone marrow transplant; we have drugs can stave off accidental exposure if you get them quickly (PEP), and the treatment that HIV patients* receive (ART) can dramatically reduce or stop the chance of transmission from sex with HIV patients. Most exciting, there's an HIV vaccine undergoing human trials right now!

The quality of life of an HIV patient is usually very high if they're medicated properly. The line "undetectable is the new negative" is a soundbite HIV activists have been pushing for a couple years now. While I support the initiative to break down stigma, it's not really accurate. I defer to the expertise of Dr. Joel Gallant to make the scientific distinction:


from the standpoint of prognosis and life expectancy, people with undetectable viral loads and normal CD4 counts have more in common with HIV-negative people than they have with people with untreated HIV infection. But there are still important differences between someone with well controlled HIV and someone without HIV -- if there weren't, we wouldn't still be looking for a cure. Even with well controlled HIV, you have a chronic medical condition that is expensive to treat and that causes an increase in chronic inflammation and immune activation. You still have viral DNA integrated into your own genome. I'm not willing to go so far as to say that "undetectable is the new negative," though I understand the sentiment.

Despite scientific advancement, the fight against HIV is constrained by the socio-economic context of breakthroughs in treatment and prevention. There's simply no point to inaccessible care options.

The deployment of PrEP (pre-exposure prophylaxis) drugs is where the capitalism-HIV relationship goes sour. Thanks to capitalism, the socio-economic context of PrEP is pretty awful, which sucks because there's pocket of people who sell sex, inject drugs, and regularly engage in high-risk unprotected sex who should 100% be on PrEP for personal and public health. The problem is that the maker of PrEP wants MORE. 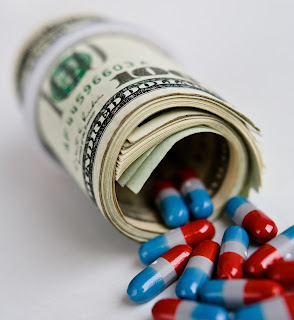 Culturally, PrEP enthusiasts harness the most powerful and problematic gay stereotype there ever was to pad big pharma's bottom line. Gay men have HIV; be afraid enough of your sex life to take these pills everyday. Even though no medical professional or pharmaceutical company rep would ever say PrEP was a substitute for condoms, so how did the ideas of "If you're on PrEP, you can stop using condoms" become a common thought?

AIDS service organizations (ASOs) have been overwhelmingly in favor of PrEP prescriptions for gay men on demand (AHF being the notable exception). Gayness is not illness that needs to be medicated for, dicks. Behavioral assessment is the only legitimate way to determine HIV risk. ASOs are undoing all the work they've done to counter the ill-conceived notion that men's queer identities, and now also black women's identities, rather than behaviors, put them at risk for HIV.

The push for PrEP has meant ASOs have to speak about HIV from both sides of their mouths. They're saying in one breath "undetectable is the new negative" and in the next using fear of HIV among queer men and black women to advertise PrEP. Effectively, big pharma outsourced their corporate outreach to ASOs.

The part of the context that reflects poorly on ASOs isn't the double speak, though. It's the accidental re-stigmatization of HIV patients and racist/homophobic logic. No one needs to take PrEP to be accepting of potential partners who have HIV when condoms have saved magnet couples (one HIV+, one HIV-) from risk and celibacy for decades.

Stigma against HIV makes no practical sense. HIV should medically be treated like any other chronic disease. Anyone can have HIV. People are born with the virus, or they can contract it by complete fluke getting a tattoo or taking out a garbage bag with a used needle jutting out. Stigma prevents disclosure and testing and ultimately results in more transmissions.

Stigma in general, however, is a long-standing public health tool. "Don't do X; you will get Y, and suffer Z consequences while costing the government money." For stigma to advance public health goals, it has to identify behavior that can be changed. Relative to HIV, those behaviors are poor testing practices, unsafe needle use, and unprotected sex.

A PrEP prescription says "Hi, I'm Abcde, and I engage in high risk behavior". Fair enough. Your body, your choice! But we don't get to lie about what it means. PrEP isn't a thing gay dudes (or black women) are all doing. You can't (ethically) leverage your prescription against the wishes of your sexual partners to use protection (that's totally rape culture). The people PrEP was designed to help are inherently at risk for a long list of STBBIs and health complications other than HIV.

Unfortunately, there's no way around PrEP stigma in a dating context. If you discriminate against HIV status for the purposes of finding a life partner, you really need to do some research. However, the people who advertise their PrEP prescriptions on dating apps and sites are giving away substantive clues about their personal lives.

I couldn't date a PrEP user because of what it says about their relationship with their body. If another human was presented with the same scientific facts as I've seen and chooses regularly against condoms or injects drugs, then we don't have enough in common to form a relationship. My condom use is self-love, and I demand basic scientific literacy and a healthy mind-body relationship from prospective partners. I am not compatible with people who accept that level of risk for their bodies. 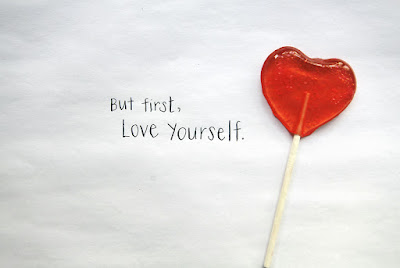 We must make sure that the practices advanced for public health are minimally oppressive. Unabashedly, I'm choosing risk-management over homophobia and racism, and science is on my side. While the use of PrEP is totally responsible for those at high HIV risk; in a dating context, it marks them. I accept that PrEP-stigma isn't ideal, but I'd rather a scientifically justified intra-community dating malaise, than concede in public policy the stereotype that gay men and black women have HIV.

All of these problems are capitalist problems. If there was no profit motive behind PrEP, there would have been no concerted effort to brand PrEP as a gay guy's/black women's drug. It would have been made available to appropriate patients free of cost without the oppressive fanfare it's gotten.

ASOs need to fight capitalism as hard as they fight HIV stigma. It really grinds my gears how lobbying and outreach resources that ASOs have funneled in to PrEP projects could have been spent pushing basic income programs to eliminate poverty. 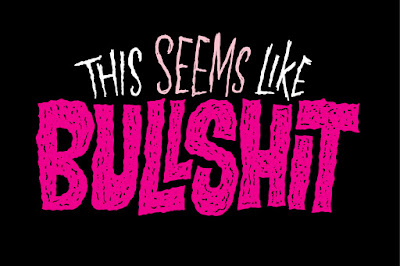 My frustration is distilled in the analogy of smoking, vaping, and lung cancer prevention. Smokers aren't bad people, but smoking is bad. The Canadian Cancer Society wants you to stop smoking, not switch to e-cigarettes. They're probably happy that many people did substitute vaping for smoking, but they aren't wasting their resources lobbying Health Canada to mandate that insurance providers cover the costs of e-cigarettes.

Capitalism and HIV are the kind of couple you can't wait to see drive off a cliff together. Someday...Someday. 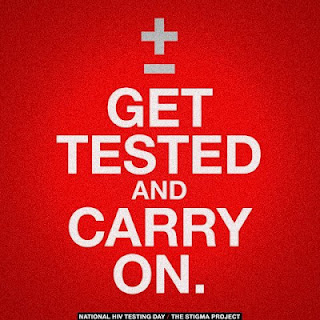 *Language note: I've decided against person-first language for political reasons. No one says "person living with diabetes" or "person who is queer", because "diabetic" and "queer" aren't offensive. If we're going to break the stigma of HIV, we need to talk about universal health care too. Capitalism uses money to trick people into forgetting our interdependence. I refuse to believe demanding healthcare for any (dis)ability or chronic illness is shameful, so I write/say "HIV patients" in solidarity with their medical demands on the state.