May 27, 2016
I've been obsessed with time lately. May is just a birthday bonanza, and it's kind of bugging me out. Hayleigh actually shared some very similar thoughts during her #Thisisme challenge. By all means, read both our work!

I don't feel old, well very rarely. Slash when people in their late 20's complain they're getting old, it kind of pisses me off. I may have a bit of a Peter Pan complex. I'm certainly more responsible, domestically proficient, and articulate than younger versions of myself, but I think there have been a couple of constants in my worldly experience that make me less likely to "fall out of touch" with younger generations.

I don't like rules, and I try not to say shit I can't back up.

Looking back is actually really hard for me. I'm so used to looking forward that I don't value long walks down memory lane, particularly when then cast the notion that the past was better than the present or future. My brain rejects most nostalgia as failure in metaphysical logic.

By the nature of existing in the present you are both the best (most capable) and worst (least capable) version of yourself. Everyday, every moment, is a new Schrodinger's cat. If infinite versions of your life exist simultaneously in parallel spacetime, there is no way to say which life "was the best" until you die. Especially in your late fucking 20's. Looking back either with fondness or regret takes away capacity to improve your future. 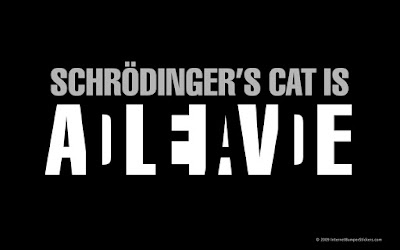 Our relationships with time are individual and fluid. I've already come to terms with my intense future orientation, but its had some observable impacts on me lately.

Specifically, I was getting anxiety attacks over the Facebook time hop posts. I don't mind when other people share theirs that have me tagged, but I don't want a daily reminder of all the shit I had to survive to become who I am, so I disabled them. I'm so constantly thinking and changing that a glance back to previous versions of myself stokes regret invariably. Sometimes it's accompanied by fondness, but it's never just fondness.

Reflecting back also agitates my deeply-entrenched utilitarianism. Using my present to wallow in (or gallivant through) the past is a poor use of my time. Because of this dynamic, I add a layer of guilt to reflecting on the past for disserving the potential of my best future.

This month, I've been super motivated because my time obsession. In one breath, I am furious with myself for being distracted, and in the next, I make amends with the promise of diligence. This feeling is both exhilarating and daunting. I genuinely feel like there's some important shit I've got to write and create before I die. From what I understand, most people never have a feeling like this.

I'm unexpectedly back in academic writing mode. I decided to do something I promised myself I'd come back to 18 months ago. I took the MRE draft I abandoned and rewrote it into a publishable length paper. I've walked to Carleton most days the past two weeks, set up in the library in my favorite spot, and got shit done. I've missed it all. The routine, the sense of purpose, being to measure "progress". I'll be ready to hand the essay off to some friends/colleagues for editing by Monday. I'm overwhelmingly happy that I wrote the essay my graduate education deserved.

My graduate education isn't the prettiest story.* My studies were twice interrupted by lapses in mental health by an undiagnosed anxiety disorder and complicating social factors. My class marks were always stellar, but unstructured research terms proved twice too isolating and unmanageable. 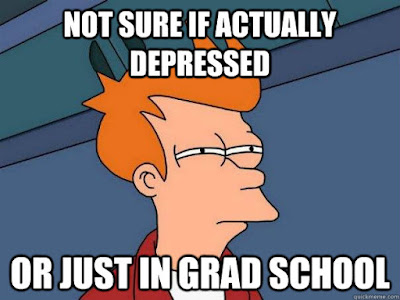 I completed my degree via coursework and my perspective as knowledge producer is much more comprehensive because I did. The paper I just wrote owes a great debt to one of the electives I chose to round out my MA. GEOG 5600: Empire and Colonialism locked down a few concepts (indigenous knowledge as an entity, inter-epistemological pluralism) that are absolutely integral to my conception of justice.

My decision to leave academia was one of my best. Every once in a while I lust for the comfort and stability of the ivory towers, but it's fleeting. Rewriting my MRE was something I needed to prove to myself I could do on my own without school.

My forthcoming article is the second chip of my soul I will have sewn in to the discursive world. My #Thisisme confessional blogging challenge was the first. I don't know what it's like to live without ideas viciously clawing their way from your brain into reality.

Something more provocative did strike me while mulling over my relationship with time; I all-of-a-sudden knew how a professor could fall in love with a favorite pupil. This understanding deeply conflicts with my idealized equal in a partner in a power couple, if a partner at all.

I catch feelings quickly because, after a huge list of deal breakers, I permit my intensely future-oriented brain to, with cruel whimsical detail, imagine a best case scenario of an "us" rather than a "me". I can't help but be spiteful for a short period after break ups because the death of a detailed dream is not an easy thing to mourn. It's kinda weird knowing that my future orientation can override my best judgement of present conditions.


Time is an axis of complication that touches every element of my life, so I wrote about it. 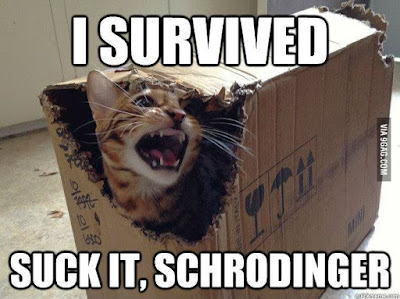 *My long path to an MA gave me the chance to study with some great professors (and some shitty ones, let's be honest). I want to specifically thank four women for teaching me social theory: Dr.s Egla Martinez-Salazar and Debra Graham from Carleton, as well as Nancy Fraser and Sheryl Vint from Brock University.
anxiety confessions Devyn Stackhouse time