Making Peace with the Penalty Box

August 03, 2017
There’s a deafening silence at the intersection of slut-shaming, toxic masculinity, and stigmatizing mental struggle, a hole where a conversation ought to be.

Bacterial STIs happen. From experience, I tell you they suck, but they pass. And we never talk about it.

Silent survival is expected during the 7-14 days following treatment when sex is medically discouraged. The mental health implications of BSTI treatment are significant but smothered. In order to break this silence, we need to name and unshame the penalty box that comes after BSTI treatment as a valid experience. 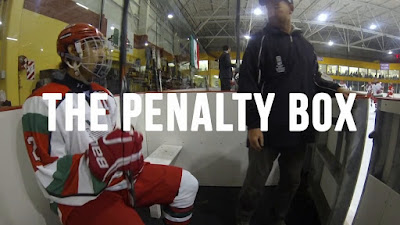 Anxiety in the penalty box is particularly arduous. Having a BSTI is the ultimate forum to question your self-worth, life decisions, reasons for living, etc... People may cope with substance use, and/or disregard prescribed abstinence.

We can make it easier.

“I’m in the penalty box” needs to mean something; it needs to kill the dead air around sexual health by completely normalizing two things: 1) I’m not having sex right now because I have/had a BSTI and 2) treatment may have mental health implications.

The penalty box can manage sexual expectation without disclosing any details. If someone says they're in the penalty box on Tinder, you can actually take a second to be thankful that this human is choosing sexual responsibility and consider that they might be going through some heavy stuff.


My trip to the penalty box.

Gonorrhea strikes, go figure, but why did it have to happen like this?

Allow me to set the scene. I logged on Seeking Arrangement for the first time in 8 months and saw this guy in Toronto, who was gainfully employed in the cultural sector and looking for what I’d call a courtshipwith a younger suitor. My Seeking Arrangement profile was a “why the fuck not?” project that somehow spat me out on a date with this wealthy bachelor.

He was neither ugly nor handsome. He was bullish and clearly liked things his way. He was demanding just under the point of being rude. He put our server on eggshells for no reason other than his concept of good service. He kept her busy; one of the ways he liked to have things was half-in-the bag.

I had, prior to our meeting, expressed my disinterest in drinking over our dinner, but I didn’t mind if he did, and I didn’t. I did mind his repeated insistence I join him in drinking. I don’t casually drink, I never have. If I’m going to drink it’s for a reason; otherwise, I don’t really like the taste of alcohol, and I try to only drink coffee and water for health reasons.

During our two hours together, I estimate he consumed a bottle of wine and 3 spirits on the rocks. With each drink order, he’d blatantly insist I have one with him.

He’s the kind of person you casually disagree with but try to find some mid-ground with because you’re trapped in the same space with clearly nothing similar about your lives.

Disagreeing can only proceed casually so long. His racist uncle style anti-indigenous rant was my breaking point. I’m not one to hold back, so I nailed him to the wall for homogenizing indigenous people as a singular problematic race.

Then my heart sank. He felt it too and excused himself for a cigarette. The ideal arrangement, where we both liked each other was out of reach, but he still wanted to bang me.

He did get around to suggesting returning to his condo for sex, and that's when I had to bring up the penalty box. I disclosed that I had just been treated for an STI, and I medically couldn’t have sex. He was rather unconcerned by this information, but I had just told the best kind of lie: a 90% truth.

I hadn’t sought treatment yet. Symptoms presented an hour and a half before our meeting. It was cancel and make it to a clinic or meet him and go first thing in the morning. I chose the latter.

Let this information sink in…. I’m ever-so-slowly leaking mucus during dinner with this awful human trying to see if a viable arrangement can be salvaged.

The answer was no. It came down to the fact that I didn’t care how wealthy he was; I would be embarrassed to introduce him to my friends because of the entitlement and ignorance he wore like armour.

The next night, I ended things with this text and no regrets:

“Another meeting is not in our future. I was extremely disappointed with how hard you pushed booze. Also, not a fan of loud ignorance about aboriginals.”

I couldn’t say he was a good person based on what I know, but I’m actually kind of sad for him. It suffices to say I’m happy my life isn’t that lonely or liver-damaged.

Behind all that dinner drama bullshit, there’s the mental side of the penalty box I mentioned earlier. I spent the night feeling like I didn't fully own my body. It was like a stranger that I let in had some lingering insidious control over me. Further, I chose a date with a sub-par suitor over my own health, and I proceeded to beat myself up over it during my whole week in the penalty box.

I refused to suffer in silence through treatment and the penalty box. I talked it out with a couple of close friends, and then I digitally purged my shame in a set of TMI confessional tweets.

Knowing and asserting that the personal is political is how I made peace with the penalty box, and you can too. 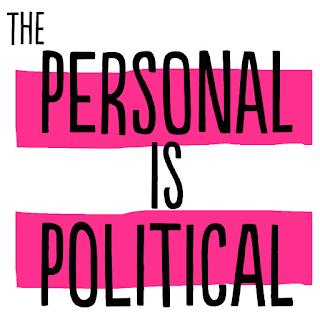