January 26, 2016
Hi, I'm Devyn, and I do drugs! Last March, I wrote a piece about why and how I think all drugs should be legalized through narcotics acquisition licensing. If we administer a system so responsible people can own guns, why can't we administer a similar system for responsible drug consumption? 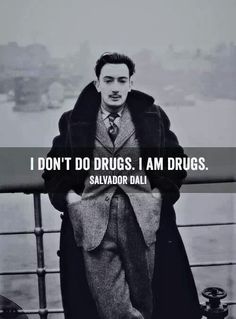 Like my perspective on sex, I approach drugs with an aversion to risk and a healthy curiosity. None of my drug consumption happened without a significant amount of research. What's a healthy amount to consume? What are the ways X drug can be taken? What risks are specific to X drug? Are their any good tips to manage your high/side effects?

I don't plan on giving up drug use. Moderating, sure, but I'm not that heavy of a consumer anyhow. I'm much more likely to give up drinking, which has been more expensive and harder the body than most of my drug use. I also think that why alcohol is socially accepted and other drugs aren't is the symbol of a tragically uncritical population.

Shaming drug use makes using drugs more dangerous and pushes addicted/disadvantaged drug users to further extremes to get high. Smoking pot is less harmful than regular boozing or smoking. I can't you tell what to think, but I can tell you when science thinks you're wrong.

Weed's my go to (shocker!). I smoke (or vaporize) pot most days. My pot consumption has actually made more productive in many ways. I've already admitted that I smoke up to deal with anxiety, but it also focuses me. The year of my undergrad that I took up smoking spot regularly was my best GPA year. Marijuana saved my life is a 100% fair statement describing me through my two degrees.


I'm also quite fond of speed (or Adderall if available) and MDMA. I don't do these that often, less than once a month on average. Cleaning on speed is really satisfying, and M is a nice level-up for a dance party, cuddle session, or sexcapade.

I've done coke and oxy and had alright experiences, but they aren't buzzes I'd go out of my way for. I've done shrooms 3 times and really like them, but I keep forgetting about them. I'm not into the hardest drugs (at this point in my life, anyhow). I'll consider Heroine, morphine, and crystal meth for my end-of-life drug rage. (Think the grandpa from Little Miss Sunshine)

Thankfully, I have the furthest thing from an addictive personality. I don't have any concerns that I'll end up on hard drugs everyday. The 2 that I like have a bit of a gnarly come down, and I'm attentive to how my time is spent. Recovery days don't really fit into my plan to build an empire. But as a person who hates reality, knowing that my future probably has fun drugs and hot sex in store offers me unimaginable comfort. 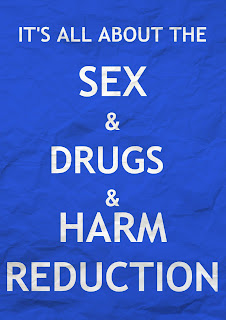